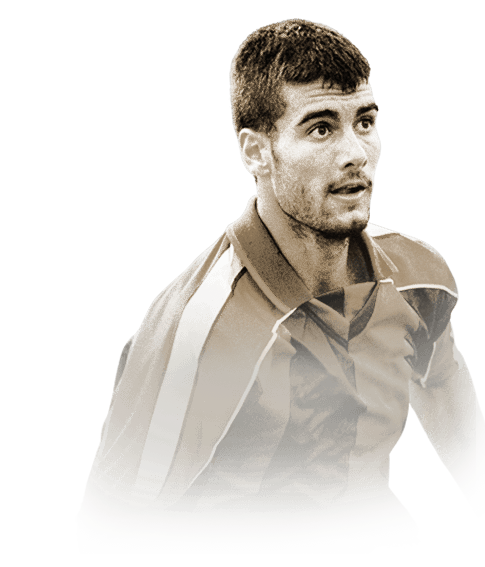 So... Guardiola with Shadow chemistry style is a beast. While having 90 pace, he has 99 on three most important stats in Defending section: Interceptions, Sliding i Tackling. I think it's selfexplaining. And he's of course an icon, so Guardiola have at least yellow connection to everyone. I played him with Rodrigo in the same squad, and they're actually very similar: Guardiola is a bit weaker physically but more agile, and, suprisingly, as a CDM he's comparable even to Matthaus, but a lot cheaper.

Ok, you wanna use that guy right? do not use him as a CDM because i tried him and i found that he is not as good as people like renato or player momentes buskets or so and so. I think that the reason that this guy is not good as a CDM is that he is a bit short to a CDM the meta CDMs these days are the tall ones like Rijkard, moments Busquets, or Renato. As a holdin midfielder though he plays perfect, he has good passing, he knows how to hold the ball, and sometimes cuts the ball when needed. Not the best shooting but he will do the job since scoring goals in this version of the game is so easy. And thats probably it.