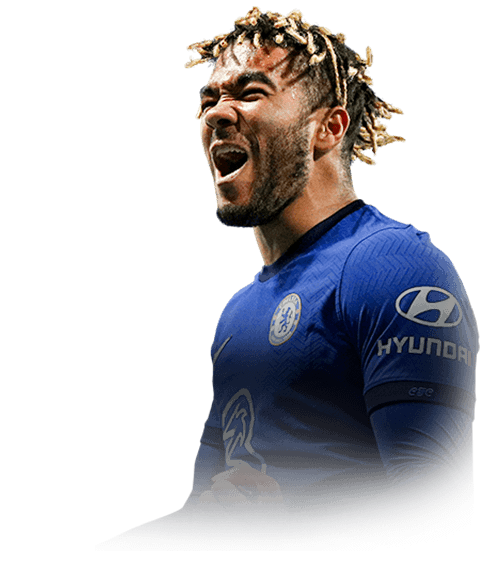 0
Red
Upcoming Matches
P. Chemistry
Squad chemistry
ST
78
RW
82
LW
82
CF
80
RF
80
LF
80
CAM
81
CM
82
RM
84
LM
84
CDM
85
CB
86
LB
88
LWB
88
RB
88
RWB
88
Reset
Basic
Sniper
Finisher
Deadeye
Marksman
Hawk
Artist
Architect
Powerhouse
Maestro
Engine
Sentinel
Guardian
Gladiator
Backbone
Anchor
Hunter
Catalyst
Shadow
Comments
Reviews
0
/600
Update my avatar Dos and don'ts
Top Rated
New
Controversial
Show comments
Top Reviews
Only logged in users can submit a review
A review must be written in English
At least 200 characters are required.
Compare this player to other similar players you have used(optional).
If you import your club to FUTBIN or send us an image with the player data(fill the form below) your review will be marked as verified.
Include what you liked about the player in the pros area and what you disliked about the player in the cons area.
Your review will be manually checked during the next 24 hours.
Chem Style Used
Formations
Position
Rate Player Base Stats (1-10)
Pace
5
Shooting
5
Passing
5
Dribbling
5
Defending
5
Physicality
5
Most Used In:
Submit Review

I couldnt figured out who to play at CB as I had no budget for toty VVD and I was stuck with Gomez IF and TOTY TAA playing RWB. Thats until Future stars team one came out. Ive decided to try out Reece James at CB playing on 10 chem, as I moved my TAA to CB and just switch him to RWB ingame... And oh my god, what a decision it was. This guy is like IF Walker ( who I also start ) on steroids. His pace is endgame for a CB, he is pretty strong in 1v1s, has great strenght, enough height and his defending and dribbling stats are lights out for a CB. When it comes to playing on the ball, his passing is pretty solid with his strong foot, with his WF it can be a bit sketchy, but come on, who needs a KDB passing on a CB. He can play and drive the ball out and thats what he is needed for after all.

probably shooting but who cares anyway

his jumping can be a bit of an issue when defending a cross, but i conceded only like 3-4 goals the whole WL, when he mistimed his jump or was beaten in air.

Was lucky enough to pack him in my first 81+ which gassed me, considering he was the Future Stars card I wanted the most. He plays RB for me on 8 chem in a 4-1-2-1-2 (2) formation, replacing my Klaiber. This guy simply does it all. Extremely quick and smooth on the ball, as well as a big presence at the back. He is incredibly well rounded and his overall body type and work rates suit him perfectly. He might seem very expensive at 500k but there is a reason. He is simply the best RB in the game and no one comes close.

Defending (1 on 1 I don't know anyone better)

Dribbling (Simply glides past defenders if his dribbling is used effectively)

Stamina (Could be bit higher, but it is manageable)

Shooting (It's a RB, you're not exactly expecting the world from him)

Reece James, what a cheesy player; I've decided to use him CB, with my good boy Kyle Walker on 7 chem on RB, Varane the wall, and Kurzawa.

Well, at the begin i was sceptic about James, but after 4-5 games I've realized just how good he is.

He intercept every ball with his lightining speed and his automatic tackles. Then, with his stunning dribbilng he turns around so smooth, even better than Varane and Kurzawa and his physical skills are just unreal, even passes are damn good.

So i firmly recommend you this James if you're looking for a really meta, fast and OP CB.

Shooting but you know that's not important