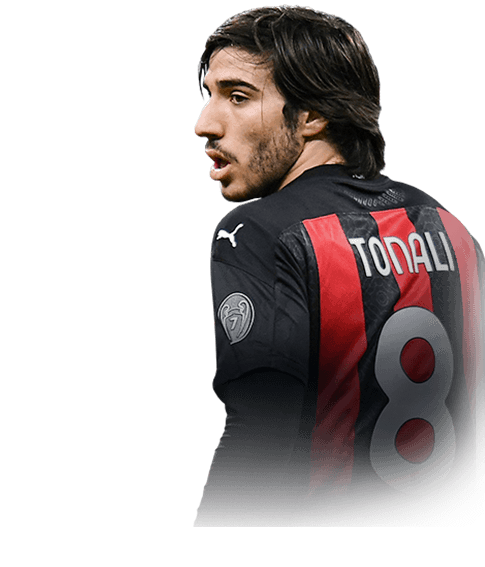 So after the Tonali objectives came out, I saw this card and I knew i had to complete him. So I did and I played him in a 442 with stay back while attacking intructions with toty davies next to tonali as a more attacking b2b. After playing 15 games with this card, I can safe to say that this is a completely worth to do cdm card OTW card back at release and it was decent but this Tonali card is just insane. With a shadow he is really fast and his defensive presence in the midfield is just insane. This guy controlled the midfield and he made great tackles and defensive positioning, just the person you would put at stay back while attacking cdm. His passing is also very good and I played some good through balls down the left and right. Dribbling is decent, nothing special and same with shooting. Did score two goals but I would say it is good shooting for a cdm. So this is my review and I will tell you guys, Must complete this objective!

decent dribbling for a cdm

I know lots of people just say players are good so they get up votes but im all about being completely transparent with you guys, and hopefully you all can appreciate that. This guy is good. yep just good. i didnt enjoy him at all, his passing is phenomenal and really thats it, everything else on this card is usable to an extent but its just a bit meh to put it into simple terms. He didnt feel that quick, he felt very clunky on the ball for someone with his height and body type. and his awareness throughout the game was very extraordinary in a bad way, he seemed to do what he wanted and would forget he is a cdm and has a role to play throughout the game. and 12 games imo isnt a free card because that takes time but if you are willing to give this guy a shot then i recommend you complete him because you can often find some players play better for others so do try him out and worst comes to worst you can use him as fodder. I have a player review on YT so you guys can see what i mean so feel free to check it out, any support is always greatly appreciated and I reply to every comment if anyone has any questions :)

He is very good to be honest. I like everything about him. He gets the ball very easy and it is very hard to lose the ball with him.

I link him with Dybala Moment and Flashback Ronaldo and Omg what a star he is. But his shooting stats is a lie. I have scored goals with him my striker wouldn't his shooting power helps a lot just do a fines shot and it is a goal