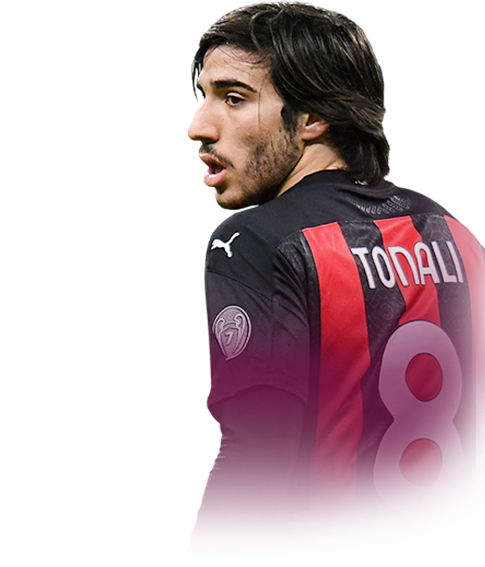 Hi guys, i di this review on my YT channel (Luiselme) so if u want a more visual review u can go and check it :).

So, Futties Tonali, I must admit I really liked his moments card back on the days, now EA releases a juiced version of him , 4* 4* is a big win for him and now he can also be useful in an attacking role, I played 5 games with him (division 1) scored 3 goals and did 0 assists, i used him in 3 games as a attacking CM and the other 2 as a secondary CM, I must admit the position I like the most for this Tonali is attacking CM, i don´t know why , but his 88 shooting is a super fake stat, it feels like 93+ in-game, he can rock incredible goals against any keeperm his finishing and shot power are class, also, his 4* weakfoot feels like 5, something I really liked about him is his passing, man, he can rock 50 meters passes perfectly, his dribbling is decent but I must admit he can sometimes feel clunky (sometimes) , his defending is good, he can do good tackles and intercept almost everything that passes by him, the, his physically is perfect, he can body any strong player liked Lukaku or Cr7, so, my conclusions are that this Tonali is the best CM in Serie A, he can do everything, so if u have Serie A or want the extra picks i defintly recommend u to do him :)

Hope u liked my review I always try my best :)