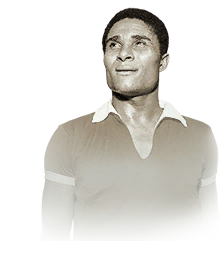 -
Sub out
Upcoming Matches
P. Chemistry
Squad chemistry
ST
94
RW
94
LW
94
CF
94
RF
94
LF
94
CAM
93
CM
87
RM
93
LM
93
CDM
69
CB
62
LB
69
LWB
73
RB
69
RWB
73
Reset
Basic
Sniper
Finisher
Deadeye
Marksman
Hawk
Artist
Architect
Powerhouse
Maestro
Engine
Sentinel
Guardian
Gladiator
Backbone
Anchor
Hunter
Catalyst
Shadow
Comments
Reviews
0
/600
Click here to verify your account in order to comment Update my avatar Dos and don'ts
Top Rated
New
Controversial
Show comments
Top Reviews
Only logged in users can submit a review
A review must be written in English
At least 200 characters are required.
Compare this player to other similar players you have used(optional).
If you import your club to FUTBIN or send us an image with the player data(fill the form below) your review will be marked as verified.
Include what you liked about the player in the pros area and what you disliked about the player in the cons area.
Your review will be manually checked during the next 24 hours.
Chem Style Used
Formations
Position
Rate Player Base Stats (1-10)
Pace
5
Shooting
5
Passing
5
Dribbling
5
Defending
5
Physicality
5
Most Used In:
Submit Review

I play him at striker in a 4231 with moments Cruyff at CAM and TOTY Messi RAM. ok, so firstly he is an absolute goal machine, right foot? left foot? it doesn't matter RIP Nick pope lol. he can score from wayyyy outside the box and from incredibly tight angles. amazing pace and positioning! this really compliments his overpowered shooting as he runs through your opponents defense and trashes the net.. his dribbling is very good and composed but not better that the likes of TOTY Messi and Moments Cruyff. His passing is surprisingly good for a striker and he usually completes all the necessary passes also he was pretty good at scoring headers. however, i found that he isn't a physical type striker like lewa or CR7 and can't body defenders and bigger CDMs but he is able to hold them off long enough to take his shot.!

passing for a striker

so got him in a contract pack and played with him in squad battles, to make sure this review will be helpful. if you got him in a pack, i recommend you to play with him, but i wouldn't pay on him one coin more then i will pay on lingardinho (man united edition). his tackles were better than vvd toty, but he was very clunky and his passes were so bad. i think it because when he played the defenders were like the defenders in the Chinese league of today. his shooting was very similar to sterling's shooting so i liked it because who dont want to miss an open goal in the 90th minute of the game??? I recommend to play him left back because of the 5 wf and because fut crunch would love it. and from his area as a left back he would score more goals than from inside the box. so I recommend to play him only if you got him, you can make the lingard-jones-james trio instead and stay with 10 million for gold packs. I recommend to put him a wall chemistry style that no one would be able to go past him. (sorry for my bad english)

absolutely goat at left back

shooting from inside the box

he is not in the level of the players today

doesn't have the lingardinho magic