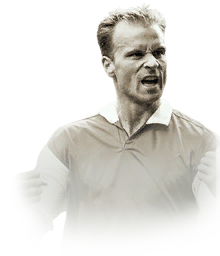 -
Sub out
Upcoming Matches
P. Chemistry
Squad chemistry
ST
91
RW
92
LW
92
CF
93
RF
93
LF
93
CAM
93
CM
86
RM
91
LM
91
CDM
67
CB
57
LB
64
LWB
69
RB
64
RWB
69
Reset
Basic
Sniper
Finisher
Deadeye
Marksman
Hawk
Artist
Architect
Powerhouse
Maestro
Engine
Sentinel
Guardian
Gladiator
Backbone
Anchor
Hunter
Catalyst
Shadow
Comments
Reviews
0
/600
Click here to verify your account in order to comment Update my avatar Dos and don'ts
Top Rated
New
Controversial
Show comments
Top Reviews
Only logged in users can submit a review
A review must be written in English
At least 200 characters are required.
Compare this player to other similar players you have used(optional).
If you import your club to FUTBIN or send us an image with the player data(fill the form below) your review will be marked as verified.
Include what you liked about the player in the pros area and what you disliked about the player in the cons area.
Your review will be manually checked during the next 24 hours.
Chem Style Used
Formations
Position
Rate Player Base Stats (1-10)
Pace
5
Shooting
5
Passing
5
Dribbling
5
Defending
5
Physicality
5
Most Used In:
Submit Review

Here we go, icon Prime Moments are finally here in Fifa 21. With that many players to choose from, the many of which are either stupidly expensive or extinct, unless you know have ya boi "Shay" from EA to hook you up for the cheap cost of £1500, I knew I had to pick the legend that is Dennis "The Non-Flying Dutchman" Bergkamp. As massive Arsenal fan, was is one of my favourite players in the premier league. Manage to get him (at time of writing) for 865K cons. After playing a weeks worth of Fut Champs and Division Rivals (Div 3) I have found my favourite striker in the game!

Pace - Despite having 85 pace he is surprisingly quick, can outpace the majority of players. Not as quick as your Mbappe's or Neymar's but what he lacks in speed he makes up for positioning and the skills that pay the bills

Shooting - What can I say the guy scores goals for fun. Like the real deal give this man a chance and he will bury it 99/100. His positioning is phenomenal and is always there to receive a pass or bury a shot. Most clinical striker I have played with this Fifa and alone pays for the car

Passing - Like his shooting, his passing is brilliant and can pass a ball through the eye of a needle. Perfectly waited every time (unless EA's awful passing system kicks in ), which even the pass passer can't stop. No faults in passing

Dribbling - SILKY AF - Nothing more needs to be said. Unlike Mr Bergkamp in real life this guy will fly......all the way past most most defences. Berkamp vs Newcastle 2002, all over again.

Strength - Pretty much non existent, will get bullied off most balls, however his positioning kind of helps with this so he doesn't have to fight for the ball

Stamina - A little low, however if you use "Stay Foward" tactic, he will be fine.

Defending - Not Applicable but can head a ball out for a corner.