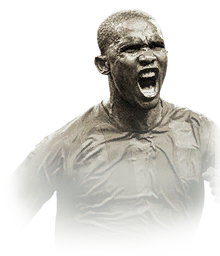 -
Sub out
Upcoming Matches
P. Chemistry
Squad chemistry
ST
93
RW
93
LW
93
CF
94
RF
94
LF
94
CAM
92
CM
84
RM
91
LM
91
CDM
69
CB
63
LB
69
LWB
72
RB
69
RWB
72
Reset
Basic
Sniper
Finisher
Deadeye
Marksman
Hawk
Artist
Architect
Powerhouse
Maestro
Engine
Sentinel
Guardian
Gladiator
Backbone
Anchor
Hunter
Catalyst
Shadow
Comments
Reviews
0
/600
Click here to verify your account in order to comment Update my avatar Dos and don'ts
Top Rated
New
Controversial
Show comments
Top Reviews
Only logged in users can submit a review
A review must be written in English
At least 200 characters are required.
Compare this player to other similar players you have used(optional).
If you import your club to FUTBIN or send us an image with the player data(fill the form below) your review will be marked as verified.
Include what you liked about the player in the pros area and what you disliked about the player in the cons area.
Your review will be manually checked during the next 24 hours.
Chem Style Used
Formations
Position
Rate Player Base Stats (1-10)
Pace
5
Shooting
5
Passing
5
Dribbling
5
Defending
5
Physicality
5
Most Used In:
Submit Review

Verified
5.0
A review from a casual Player (Div 4)
32 users liked this review

So I dint get lucky and packed him, no I traded my ass off to afford this phenomenal Player. I looked up on Futbin which player I could afford with 3 million coins and thought why not Eto'o? I rarely use the needed 5* skill moves wich provides baby Pelé for that price nor do I think the 5* weak foot from baby Eusébio is that much needed this year. I'm a casual player (Div 4) and here is my view of him after 41 Games: He is unbelievable in every way possible. His pace feels like 98 and outsprints every RB/LB at CB (Expect Mbabu Flashback.).His shooting is very very good, I'd like to point out that his shoot isn't hard but very placed, the only thing that was a little bit off is that he was a little bit inconsistent in 1 vs 1 situations. I wouldn't say that his weak foot is 4* it rather feels like 4.7* still very good but there is still a small difference to a player who has a 5* weak foot. His dribbling is insane not much to say about it, he moves fast af because of his body type. His physically strong but don't expect to win shoulder duels with players who have 95+ physical on their cards. Passing is okay, wasn't bad or wasn't that great for a solo striker. Overall I would say he is the coins worth if you don't need the 5* skill moves from baby Pelé.

Passing (I mean he has 83 what did you expect)

PIM Eto. What a player by the way. On to the Review. I got him from my 10 Icon Swaps reward (PIM PLAYER PICK) and as soon as i saw him i was very very happy. This card even with 6 games played feels insane. Fast. Great dribbling. Scores every time you press the shoot button. And his lean body feels fantastic, please don’t take that out of context. I highly recommend this card. Samuel is amazing

Shooting Inside the area is Perfect

Shooting outside the area is very good

Not really any cons. But his passing is not perfect. However much better then PIM King Kenny if you have used him

but when i played more WL he started to feel a bit worse, his dribbling was a bit clunky sometimes, but still good

but when he loses his defender he is unstoppable then he just runs past you like usain bolt.

shots with his left foot were very inconsistent, sometimes he hits the post, or it goes wide, or to a different stadium or just very weak.

his passing was meh even with an engine chem style.

he didn't feel that strong, but thats because every defender has 95+ physical.

should you buy him? yeah

should you complete his sbc right now? no, fodder his very high and his price went down and the sbc went up.

finishing (expect for his left foot)

dribbling (unless you have bad connection)