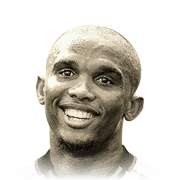 -
Sub out
Upcoming Matches
P. Chemistry
Squad chemistry
ST
89
RW
89
LW
89
CF
90
RF
90
LF
90
CAM
88
CM
83
RM
87
LM
87
CDM
70
CB
65
LB
69
LWB
72
RB
69
RWB
72
Reset
Basic
Sniper
Finisher
Deadeye
Marksman
Hawk
Artist
Architect
Powerhouse
Maestro
Engine
Sentinel
Guardian
Gladiator
Backbone
Anchor
Hunter
Catalyst
Shadow
Comments
Reviews
0
/600
Click here to verify your account in order to comment Update my avatar Dos and don'ts
Top Rated
New
Controversial
Show comments
Top Reviews
Only logged in users can submit a review
A review must be written in English
At least 200 characters are required.
Compare this player to other similar players you have used(optional).
If you import your club to FUTBIN or send us an image with the player data(fill the form below) your review will be marked as verified.
Include what you liked about the player in the pros area and what you disliked about the player in the cons area.
Your review will be manually checked during the next 24 hours.
Chem Style Used
Formations
Position
Rate Player Base Stats (1-10)
Pace
5
Shooting
5
Passing
5
Dribbling
5
Defending
5
Physicality
5
Most Used In:
Submit Review

Icon cards are always good to show up in your packs especially if they are usable and this is one of an extremely good card to own and play with. Pace, dribbling, shooting is all there. An expensive card to buy but he will pay you off. I don't need to say much more for this player. He is just fantastic.

Passing is off some times

Stamina (Only if you abuse dribbling)

When I first saw this card I knew he had to be good. I began looking at youtube videos reviewing his baby version. They all said that he was absolutely phenomenal so I began to work my way towards his baby icon. Once I had enough coins I didn't want to stop at the baby, so I saved up for his mid. I had to sell most of my club to get him so it was an anxious purchase to say the least. Dear god he...is...ridiculous. I found my jaw halfway to the floor EVERY TIME he shot. He can pass like mad, makes the best runs I have ever seen in a player, bodies defenders with his balance and strength, rapid, always in the right place at the right time, scored better headers than my defenders, robotic consistency, really really fun (makes playing games exciting), his finesse shots always go in, power shots regularly root the keeper to the ground, his first touch gets you into space every time, he can skill, and he can shoot on both feet. You do not need to boost his shooting because it feels like he has 99 shot. Something that stood out about this card is how hard he hits it. his shooting stats are absolutely not telling the full story. He enjoys hitting the side netting goal after goal with stupid amounts of power. Another really unique trait that I have only seen in this card is that he can actually put dip on the ball. Really surprising to see a shot go top bins before dropping like a bag of rocks to the bottom corner. This adds to the magic of this card. I am not going to tell you to go out and buy him because frankly I wouldn't want to face him in weekend league, but if you do, then you have just bought yourself a keeper.

Shot power- his stats are lying, his shots take off like a Lockheed SR-71 Blackbird

Finishing- He shows no mercy to the goal keeper. If he has space, you can close your eyes, press shoot, take a second mortgage on your house, and bet it all on him scoring in spectacular fashion

Stamina- he lasts the entire game. So your opponent has to deal with him for 90 min straight

ball control, reactions, and skill moves- If he had 5* skills then everyone and their mother would use him. he can dribble really well and deek top tier defenders

Your opponents POV: It seems that you disconnected during your last online match. Disconnecting from matches affects your "Did Not Finish (DNF)" modifier, which reduces the coins you receive from future matches.

Expensive- 1.7mil is a LOT of coins, but I will never sell him

So at first i was looking for an investment that i believe would increase over the toty period at first i bought baby puskas and he was not good enough for the price so i decided to try eto and i an 100% say he is worth the price amazing player i used him as a solo striker and i couldn't ask for anything more from him.

5 star would be good but 4 star is usable