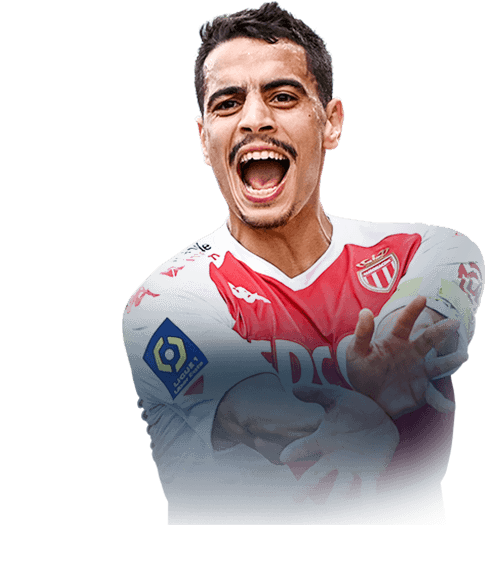 So where should I start..

After my Courtois Review with amazing 96 dislikes, I decided to make a new, better review to a better player, because every review with less than 4* gets a shitstorm from toxic 14 years old kids where do not want to admit.

I was so happy and pulled Ben Yedder TOTS out of an Ligue A *PREMIUM* Upgrade Pack and wanted to try it out myself after I saw the 1* review..

I played 5 wl games with him in 4222 at right striker next to Flashback Coutinho and after 30 minutes it was 3-0.. Ben Yedder Hattrick, 2 finesse shots outside the penalty area and a good shot in the short corner.

He is like Coutinho, just 5 times better with 5* WF but only 4* Skills.

Lets move to the Pros and Cons.

He easily overruns the opposing central defenders with the same pace but thats normal with Ben fckin Yedder who knows this legend.

His finesse shots are like when you‘ve had to go to the bathroom for ages and then finally can get started.. just crazy.

The man has the hardest and firmest shot there is.. stay on the shot button for a moment, aim at the short post and ben yedder chases the ball into the net like there is no tommorow..

Short and long passes usually always arrive, what more can you say about it?

Im not really the king of dribbling, but the moves I do have worked out very well.

You might think that it is not strong and easy to seperate from the ball, but it is not.

Maybe he‘s already oiled himself because he‘s just slipping through the defenders.

But if a Tapsoba really grabs it, even a Ben Yedder has to break off the attack.

Do not notice any difference between the feet

With High/High he fits perfect in my gameplay

He can play a full 90 minutes, but if you play fast football unlike me, you‘d better take him out after 80 minutes.

Maybe a problem for one or the other, but for me and Gold 1 it’s still enough.

I packed his TOTS in FIFA 19 where our love story began.. played his overpowered POTM last year and today, May 31, 2021, this legend finally returns to my club <3

I packed this guy a while pack during Ligue 1 team of the season from my 84x20 at the time of packing him I wasn't actively playing the game. But when the new euro promotion started I came back to the game and found out how ridiculous this card is. Admittedly this card is nowhere near as overpowered as he was last Fifa but it is pretty similar. While using this card I was trying to think of a card to compare it to but he is completely out of this world. This Fifa I have tried to stay away from non-meta cards but as I packed this guy untradeable I was too tempted to try him out. I tried him in a few formations but I would definitely recommend using him in a formation that requires 2 strikers as he does provide the pace and dribbling ability to go out wide the formation I would recommend the most is the 4-3-1-2. In conclusion I would highly recommend people to try this card if they have the coins to afford him and I know people may shy away as people do see him as a meta card but just give him a go.

I hate this guy but i got him in my red picks today. Where do I start. This guy has it all and when i say that i mean everything. He finishes everything as long as someone isnt in front of him and will clearly block his shot. His dribbling makes me angry when i use him because he turns stupidly fast. Like faster than a fat guy after he smells food. All in all this guy is something special and if you have the coins GET HIM you will not regret it.

Stamina can also be a problem at times