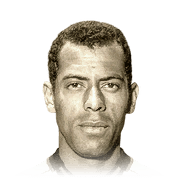 I struggled a lot in the past months while learning the standard defensive play and how to move and control the defense.

But one through ball of the opponent and there it goes by minute 2....

Now I changed my teambuilding. Maldini LB and Capita RB are with shadow my fast paced super duo to get past any attacker.

They really both win their running duels even with 5 yards from behind.

Mid Capita on 10chem and Prime Capita on 7 chem are noticeably not on the edge to the best. But Prime capita on full chem with shadow is a master piece.

EA did something really wrong with their system, but I really felt the difference between anchor and shadow on this card.

Klosterman, Varane, Gomez, Walker, Desailly ... I tried all special versions of them and every time there was missing a point.

Now Capita is the missing piece. He has high agility and reactions paired with high composure and physical.

His H/M workrates did not really hinder me to use him. I play balanced on everything and 5/5/5/5 so I need every player to play my style of game.

Best value CB in the game

Weirldy enough I prefer my base Zambrotta on 7 chem, he was in my squad on 10 chem when I needed a new CB so I decided to try this Capita out cuz he looks like an insane CB and I could have him on 10 chem and my Zambrotta on 7 Chem literally perfect for me.

How I play him

Here is my team

In this formation its key for me to press the opponent and to have a high defensive line and there Capita comes in as a key player, he allows my team to press cuz of his lightning pace, he catches everyone.