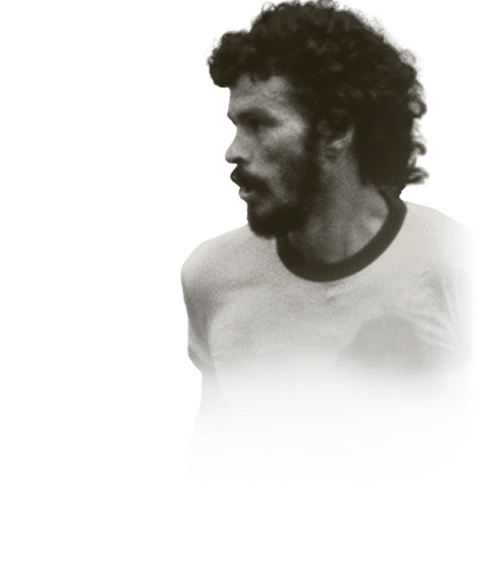 -
Sub out
Upcoming Matches
P. Chemistry
Squad chemistry
ST
92
RW
93
LW
93
CF
93
RF
93
LF
93
CAM
93
CM
89
RM
93
LM
93
CDM
72
CB
63
LB
69
LWB
73
RB
69
RWB
73
Reset
Basic
Sniper
Finisher
Deadeye
Marksman
Hawk
Artist
Architect
Powerhouse
Maestro
Engine
Sentinel
Guardian
Gladiator
Backbone
Anchor
Hunter
Catalyst
Shadow
Comments
Reviews
0
/600
Click here to verify your account in order to comment Update my avatar Dos and don'ts
Top Rated
New
Controversial
Show comments
Top Reviews
Only logged in users can submit a review
A review must be written in English
At least 200 characters are required.
Compare this player to other similar players you have used(optional).
If you import your club to FUTBIN or send us an image with the player data(fill the form below) your review will be marked as verified.
Include what you liked about the player in the pros area and what you disliked about the player in the cons area.
Your review will be manually checked during the next 24 hours.
Chem Style Used
Formations
Position
Rate Player Base Stats (1-10)
Pace
5
Shooting
5
Passing
5
Dribbling
5
Defending
5
Physicality
5
Most Used In:
Submit Review

5.0
YOU MY DARLING ARE DIFFERENT GRAVY
29 users liked this review

If you're on the fence about completing Socrates, let me try to push you over the edge. First, my favorite Socrates quote: "Beauty comes first. Victory is secondary. What matters is Joy." Along with being a doctor, thinker, drinker, and smoker, Socrates was one of the most talented midfielders of the 80s. All while he was playing at his highest level, he was an outspoken activist against the military dictatorship and injustices in Brazil. He was simply a really cool guy. He was extremely intelligent, well-spoken, and driven. He got his medical degree while starting his football career. He also didn't really train. He'd often show up on game day smelling of booze and cigars, and go on to absolutely wreck the opposition.

Now onto the Fut card. Because of the above details, I've always tried to work him into my squad. I actually ran with both his baby and mid versions earlier this year, but like most physical-oriented attackers, they fell behind the power curve quickly. His Prime version has just 60 balance. Try as you might, that is just too low to find consistent success. This is the main reason why this card is so worth it. This version of Socrates boasts 80 balance, and you can feel every bit of that upgrade. Not only does it fix the main Socrates issue in Fifa, it's a welcome solve to the problems with most larger, physical attackers. In fact, only Gullit, Tammy Abraham, WW Zlatan, and TOTYHM Haaland match the height (6'3 and above) and balance (80+) split of this Socrates. Combine that with a 5* WF and you have one of the more unique and gifted attackers in the game.

To be fully honest, it took me about 10 games to really get the feel of this card. He has a High & Average+ body type, and at 6'4 he is just so different from any other card that I've used at the position. Once it clicked though, it really clicked. I use him primarily as a CAM in a 3-5-2, and can promise you that there isn't a better position for this card. It suits his attacking ai impeccably, and with his 99 long shots and shot power it's the perfect spot for him to play. I can also vouch for the ENGINE chem style, which boosts his agility to 91, balance to 90, and dribbling to 99. The passing boost is also stellar with ENGINE, getting Socrates to 99 in vision, crossing, and curve with a 96 & 97 in short and long passing. Pace at 91 is more than enough, with his length making him feel even faster in the right spots.

This card only works this well because Socrates is two footed. It makes turning on a dime a little less important, makes the absence of any shooting traits a non-factor, and allows for beautiful passes no matter the situation. His 99 shot power/composure coming from either foot is also wonderful.

Is he pricey? Yes. I unleashed all of my fodder and coins into this SBC. But at this point in the season, I think these are the cards that are worth going for. Truly unique, statistically overpowered, with a big ol splash of a whole lot of cool. For me, he's the perfect centerpiece that will be a mainstay through TOTS & I am thrilled to have him in the squad. As a parting note, I wouldn't try and force him to do things a more traditional, nimble CAM would do. Instead, trust his positioning and decision making, and you'll have a ton of fun.

Before sbc building, I made a loan version and in 5 matches I got incredible pleasure from this card

Having replaced 95 Pele on cam, I did not expect any kind of gain, and I just wanted to play for my favorite player, but

Socrates is more suited to cam than middle Pele

Yes, he's slower, he doesn't have 5 sm, he can't spin and spam skill moves, but he doesn't need that

His shoots are great, I still couldn't figure out who shoots better, him or TOTY Mbappe

He scores a lot illegally, all shots from 20-24 meters fly to the lower corners, while it seems to fly over the goalkeeper’s hand and even Donnarumma can’t always make a save against him

I don't even know how to describe it

The passes are also great, with the engine we get some incredible stats and they are fully felt in the game

Speed ​​and dribbling are the only stats that raise questions

91 with engine is not what you want from a 1.1 million card, but it runs surprisingly well, not Mbappe of course, but combined with great positioning, I had no problems against the best defenders in the game (I hate 92 Varane)

90 balance does not save this card from slowness when turning, but compared to other versions, the difference is serious, but the uniqueness of Socrates is that he can do complex dribbles and you don’t understand how he manages to do it

The only serious disadvantage of this card is strength

In general, even praising this card for the entire review, I cannot recommend his build/purchase

Because you must be clear on how to use him, many will like the golden Neymar more

But if you enjoy players like Cantona, feel free to buy

(and don't change him to Odegaard by translating Pele to lw, not the smartest idea)

Not as clumsy as expected

Physics could be better

This is my first review as I´m usually to lazy to write something longer, but it just had to be done for this guy. I first bought him back in the days in Fifa 19 and he was the first Icon I ever played with. The following years I included him always in my team, annd as I saw his sbc I just knew that I had to do it. I could use many untrades and paid only 60k. He plays for me as a pure CAM and I also thinks this is the best way to use him. I used the engine chemistry style.

His pace is alright, for a guy with his height he feels pretty fast and sometimes can sprint his way past defenders with the ball. Of course he is not that lightning fast, but also his pace feels real and not slowed down simply because he is a big guy.

Next up is his shooting and oh my....its friggin INSANE. First of all, he is ALWAYS in the right position, it´s simply incredible how he does that. His finishing is quite nice, as you can also simply use both feet, but was is unvelivable are his longshots. They are sooo good and as he plays CAM always a solution. Especially if you are trying desperatly the whole game against the op keepers like Maignan or so, his longshots will finish them. It´s also not only these curved op longshots that every good Icon has, but also his straight shots are flying like a rocket.

His passing is simply class, it´s what you would expect from a guy with 92 passing, its very precise. And it also seems that he has a little unique passing animation which also makes it way nicer.

Now to his dribbling and as you can imagine it´s the thing which is most critical for him. His ball control is insane and with the ball on his foot he is hard to stop. With his 1,92m he is turning quite nice and you really feel his balance boost. But I can imagine if the servers are bad, which will most likely happen from time to time, he will turn worse than a cargo ship. But in general it should be clear from the beginning that he is a very tall guy, for his heigth he turns very well and has a perfect dribbling/ball control, but of course he will never be as glitchy like Neymar or Mbappe.

Defense is not important for him, but as he is that tall he is also quite good in intercepting passes.

His physical abilities are also quite nice, he will bully defenders away from time to time and in general can make his way through the defense. From what I experienced if it goes against op defenders, like Varane flashback, he also has his problems, so he is not a player which is able tear apart defenses just by his presence, like Mbappe. But I also think it´s something you can already imagine. Last but not least, his stamina is very good, like the stats say and he can go easily 90min and beyond.

+pace as you expect

+dribbling with ball on the feet

-not an op breaker (if it goes against Varane f.ex.)