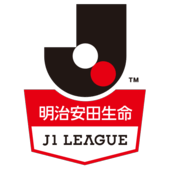 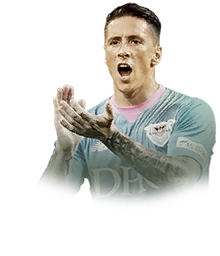 So we've been blessed with the return of the one and only El Nino.

As a Liverpool-fan I had to do the SBC, even though Fernando broke my heart back in 2011.

His Flashback card, however, reminds me of why it was so hard to take, when he left Liverpool, as he was truly amazing.

Let me first and foremost say, that stamina, composure and balance is of absolutely no problem. With 'stay forward' on he doesn't even get tired. He has had 94 fitness

after every 90 minute-game so far, so stamina is of absolutely no concern, and he is ligtning fast throughout every game.

This is the most important thing of the card, I think. With the new meta, where power shots and low drivens are back, beating the defensive line is so important.

And Fernando tries to do that all the time. I play 41212 (2) and 4231, and every time you play the ball a little wide, you see Fernando running between the CB and RB or LB.

And he is extremely fast doing so, which gives you so much space and time to either shoot og make something from the wing. 3* skills can be an issue here, but you can go a

long way with body feints and roll backs. Which he does fast as well. Medium attacking work rate feels as high.

His shooting is phenomenal. I don't know about finesse shots from outside the box, as the AI always f***ing blocks them, but power shots with either foot (4* weak foot feels like 5*)

just goes through the keeper. His first goal came from his first shot with his left foot from outside the box into the side netting. The keeper couldn't even react.

Shot power 98 is so easy to see and feel. Absolute canons for feet!

Heading is OP as f*** too. 94 jumping and 89 heading makes him Zlatan-esque dangerous from corners, and I win countless headers inside the box. Just a shame I suck at aiming them,

otherwise he would probably have 5 goals more than he has by now.

I really recommend doing him, whether you are being a nostalgic Liverpool-fan or just want an OP striker for your team. He is amazing.

I don't understand the hate that this card becomes. Yeah he is not a typical Fifa Striker, he is not very agile, his balance is weak. BUT if you know how to play with him, he is an magnificent striker. First of all i paired him up with Zlatan Flashback at ST. I'm a player that loves to cross and play quick passes.

Torres is not a guy to dribble or run though the hole defense. He is a typical Striker like Icardi. He needs the passes, the crosses or the throuh balls. He needs help from his Team. His passing is okay but not perfect. He finishes nearly everything in the box or outside the box. He is a real Target Man with perfect attack position.His Stamina is okay. I had no problems with his Stamina and at the End he have 40% of his Stamina. I payed 100k for him and even if you pay 250k for him, it is an joke for what you got for that price. You get an 95 Striker (Marksmen) and guys its El NINO

As soon as i had seen this card, i knew that i just had to do him.

The SBC costed me around 180k because of some players already in my club, but i was still scared that you wouldnt be good enough because of his price and the fact, that hes pretty hard to link.

after 10 Games i can say; HES A MONSTER:

So because EA banned me from the transfer market I needed to give up on a lot of good players like: Aguero,Fabinho,Lucas(POTM),Alba and more...

it was hard to give up on those players and a huge risk but I said to myself its gonna be the last time I will ever play with El Nino so why not?..

after I have done the challenges I got him and what can I say just W O W ! I linked him to baby Stoichkov and mane on 4312 (in the min) and its been amazing

I recommend everyone who can link him well to do his card he is Amazing!

BTW-all the games I played with him was only in the WL and he absoultly ready for this!

Pace 7/10: His pace isnt that good dosent feel like 91 but still fast and can break defences.

Arieal Fights 10/10: His jumping reach and the heading accuracy is amazing always wininng the ball on the air and scores a lot of goals in corners..

Defending 7/10: Maybe the in-game stat not good but he surely can take the ball and get onto the attack.

Agilty 5/10: Not good enough he feel somtimes very heavy and can lose the ball because of this.

Balance 5/10: Although I had some physical fights against storng players and he won he falls really fast and losing the ball.

Hello! This will be my firt review of a fifa player. He is a game changer. Scoring goals was never this easy. Before him i playd with Aubameyang and after with Stoichkov(87).

I never regret i did this SBC. I use SNIPER chemistry and when im inside the box 9/10 shots goes in. His jumping and headings is very very good and scores from corners too.

His shoot power is nice and scores realy good bangers outside of the box. 75 stamina is not such a problem, i've played 120min with him as a ST.

Sometimes deffenders push him off the ball but he can recover it very fast. His short passes are very good too.

His weak foot is 4* wich is very nice, 3* skills but for me its not such a problem.

Shoot - he can bang goals all day long

Balance and composure shoud be more because of his real stats in real life, but its not such a problem.

I recently submitted Torres into the prime moments Kluivert SBC as I have Butragueno's SBC item as well, and wanted Kluivert so he would be replacing Torres and Torres made a squad much easier to submit... I regret it. The only thing Kluivert is better than Torres at is linking for chemistry. This card played 250 games for me and had over 375 goal contributions (Fut champs and Rivals only). 229 goals and 149 assists. And let me say his heading is the best on the game besides maybe Ibra?

-Movement off ball is perfect

-HEADING (literally irreplacable in that aspect)

-Passing (give and goes specifically)

-3 star skills, I am not much of a skiller myself but it does limit him sometimes if he ever goes out wide to get a ball

-League/Chemistry linking. I had him paired with Butragueno and at one point SBC Ibarbo before that, meaning that got him a green link, but the other weak link he needs can be annoying and limiting with there not being any crazy midfielders from Spain. This is ultimately why I got rid of him for Kluivert and in hindsight I should have done Bergkamp and played him at CAM. Torres I'll never forget you </3

So whilst many players right now are playing ultra defensive and hammering in crosses, I prefer to play properly and not pathetically.

This is where Torres and Bertie come in, They allow me to play proper football, Not cheesing it into the box because I can't shoot without timed finesse.

If this comes across as a slight against the "Meta" of Zlatan because hes tall and pumping into the box then I'm glad because its pathetic.

Torres will collect the ball and shoot with his actual feet in football (UNREAL RIGHT ? ) You don't even have to cross it into his head (He can header well if you like the occasional cross)

Torres plays extremely well with a player i affectionately call "Bertie" (https://www.futbin.com/19/player/21/Emilio%20Butrague%C3%B1o/) together they play one twos and set eachother up for crazy amounts of goals. The mixture of little and large, Pure Force vs Speed and Agility allows you to play on many levels and attack your opponents with creativity without resorting to ultra pathetic defensive and crossing it in on every play. Torres is massively capable of scoring headers of course but of the 70 I've scored with him only 3 have been headers because I despise the "Zlatan-Meta". What's fantastic really is that because he plays in japan he was super cheap, most players probably did not do Torres which adds some uniqueness to playing with him. Sure he's hard to fit in but with the squad above i went from being a Gold 3 player to Gold 1 in a week. Elite 3 and maybe higher is not off the cards with the way that team runs and how i play now.

If you did Torres get Bertie and make the best little big man pairing since Shaq & Kobe. They are elite and both two footed wonder strikers.

Shooting - So composed in his artful shooting, can score from anywhere

Pace - So much quicker than you imagine, like the FIFA 09 Torres

Defying the Meta - He doesn't require pumping it into the box 1000 times to score.

Skill Moves - I mean it's obviously a slight draw back

Get him now! Fernando Torres is amazing. I've used the likes of Aguero, Suarez and Griezmann but no one comes close to El Niño. He is simply incredible. I definitely recommend him and he is worth the money. He has incredible pace, and can run past anyone. He can finish anything. His dribbling is amazing too. He is also very strong and can out strength players like Rio Ferdinand and Sol Campbell.

I am going to try to keep this short and simple. I am a big spain fan, so it was a no brainer when Torres SBC came out. At first I was a bit disappointed, I ended up pulling him several games at half, I tried dual ST formations, winger formations where his was the alone man and nothing was working! A lot of it was me trying to rush the action like it was FIFA15. However, I realized very early giving Torres the ball for hold up play was a terrible idea (so I thought), his first touch was terrible. This was very early when I had Finisher chem style on him. His passing on his FB card compared to his past FIFA special cards, especially his 17 FUT Birthday Card, is very disappointing. I had to throw off the Finisher chem style, this is a must!!! I played multiple games with multiple chemistry styles and one thing is for sure... Even with 89 Dribbling you NEED a chem style with dribbling, this will help Torres phenomenally. I use ARTIST on him and he now feels like a juiced up Griezman. In my last 20 games Torres (with Artist chem style) has become my favorite player! I just bought inaki and he feels great but Torres is still my bae!