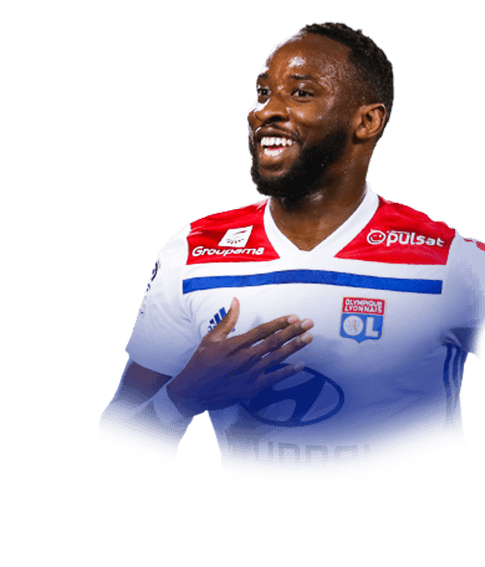 I dropped out of div 3 to div 4 to get the Mvila objective and this guy really surprised me. He is good in the air, finishing is excellent and even his longshots are good with a marksman chemstyle. His downside could be his stamina or his aggression maybe, didn't notice it that much because I only played div rivals.

Trust me,this guy is INCREDIBLE! I use him as a supersub on ST position in a 4222 formation.He is really fast,his dribbling is very smooth and his agility is nuts.He also has 4 star skills so,La Croqueta abusers,complete this guy until you can.His shooting is fantastic and also his heading.He can easily outjump Van Dijk(He really did).Even if he has 3 star weak foot,they feel like 4.I highly recommend completing him,for only 4 matches*a powerful header and a really fast striker....all in Moussa Dembèlè's person!

Oh,and I didn't mention that he has 99 strenght,so you won't take him down

*=you get a clinical finisher

First of all, this card is really easy to unlock. You only need to win 4 SB matches with a full Ligue 1 squad on minimum professional difficulty. I advise you to do it on the difficulty level you are comfortable to play with your regular squad. I combined it with the FUT Swap objective (70 rating) and used a tragic squad with 2 silvers and 1 bronze (+ full bronze bench). Took me 4 games to get Dembele. If you struggle, just use the best Ligue 1 squad you can build within your budget.

There is also the TOTS M'Vila objective (Ligue 1 goal in 4 Rivals wins), so I decided to put him into my main squad instead of red Jovic. I didn't expect him to be anywhere near as good as Jovic, but I still got disappointed. I had to play 12 games in total to get M'Vila. Dembele didn't do much at all. That's why I took him off most of the games and put Aouar up front.

His pace is alright, but nothing special at this stage of the game. The first problem that I noticed is his M/L work rates. He just doesn't make the runs you want him to do. Due to that, I had to adjust my gameplay and use him as Lukaku type striker. His hold-up play is actually really good and he was able to outmuscle must of my opponents' defenders.

His dribbling however is questionable, 91 agility feels like a lie. It felt like maneuvering a shipping tanker moving him around the pitch.

What about his shooting then? Outside the box he is completely useless and his volleys are also quite bad. The only 2 goals I managed to score with him were rebounds, so I guess his positioning could be a pro. He missed so many chances, one low driven shot even went to the corner flag. His 3* WF felt like a 1*. I tried some shots on his left foot and he couldn't generate any power.

To sum up, Dembele is a very underwhelming card. If you look at it from a different angle, it is understandable that he is not great. He is only 87 rated against all the TOTS, TOTY and Icon CBs.

Is it worth getting him even though he isn't really useable? Definitely yes, it doesn't take much effort and at the end of the day he is an 87 rated card to put into an SBC. Additionally, you gain some SB points as well.