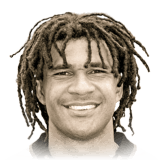 -
Sub out
Upcoming Matches
P. Chemistry
Squad chemistry
ST
82
RW
82
LW
82
CF
83
RF
83
LF
83
CAM
83
CM
84
RM
83
LM
83
CDM
83
CB
82
LB
82
LWB
82
RB
82
RWB
82
Reset
Basic
Sniper
Finisher
Deadeye
Marksman
Hawk
Artist
Architect
Powerhouse
Maestro
Engine
Sentinel
Guardian
Gladiator
Backbone
Anchor
Hunter
Catalyst
Shadow
Comments
Reviews
0
/600
Update my avatar Dos and don'ts
Top Rated
New
Controversial
Show comments
Top Reviews
Only logged in users can submit a review
A review must be written in English
At least 200 characters are required.
Compare this player to other similar players you have used(optional).
If you import your club to FUTBIN or send us an image with the player data(fill the form below) your review will be marked as verified.
Include what you liked about the player in the pros area and what you disliked about the player in the cons area.
Your review will be manually checked during the next 24 hours.
Chem Style Used
Formations
Position
Rate Player Base Stats (1-10)
Pace
5
Shooting
5
Passing
5
Dribbling
5
Defending
5
Physicality
5
Most Used In:
Submit Review

While opening the advanced sbc packs with some friends, i stated 'i have never packed an icon', which is true. I have only packed icons from guarantees. I played over 700 games with this card last year, so when he popped out of a 50k pack a few hours into my trial i was buzzing. I am holding onto him into the game fully comes out (in the hopes he rises or actually begins selling) because no one has the kind of money to throw about buying this guy. He has a very well-rounded card, he rarely gets shoved off the ball (not many people have physical midfielders this early in the game) and he wins so many more headers then he did when i used him mid-game last year. His passing is one of his best attributes, he can ping long, short and put in a great cross, corner and free kick. His defending stats are good, but i feel he is wasted at cdm. If you want a cheap cdm that has the defensive ability of gullit but can't attack or win headers that much then buy gbamin. He does like to attack, he will score a few goals, popping up with a few headers at the back post because yet again, not many people have good full backs at this stage in the game. I know that my team is very average beside gullit, so he has to dominate my midfield in order to help me win games, and he does so. In terms of value for money.... lets just say right now he will play brilliantly, but 1.5mil is ALOT for a card.

Is baby Gullit worth 10 icon swaps? The short answer is yes, for you casual players out there. However, If you're a serious weekend league player, there are far better options in midfield that are more effective in building a formidable team.

With a player as iconic as Gullit, you expect him to run the show, but in fact his base card provides a different flavour. Do not use him to dominate the midfield, like his other versions are capable of, rather use him as a reliable box to box player. If I had to compare him to something, I'd say he's a mix between Sissoko and Pogba; his defensive capabilities are strong whilst having a great eye to pick out a pass. Unfortunately, his shooting is not up to par at this point in the game, however, all his other stats seem to hold up. His dribbling and strength were a pleasant surprise to me as they felt far stronger than the stats suggested. In my opinion, his biggest let down is his stamina. This guy needs a supporting midfielder with him as I realised that he becomes knackered at around the 75-minute mark when I gave him the main box to box cm.

In conclusion, base Gullit is perfect for those who want to get a solid icon from the swaps, he's not trash like some people suggest, and yes, the name Gullit certainly adds a sort of prestige to his game. It may be a placebo effect, even if it is it's working. With these 10 tokens, EA will tease you with what 90+ Gullit could have been like in your team, but i'd say it's worth it considering you have a very decent chance of getting a dead baller in the prime icon pack.

Just packed him in an icon sbc. I was really enjoyed to put him in my squad. I play in div 2 and I make Gold 1 everytime in WL. He is everywhere on the pitch and switch position when he wants with the CAM or the CDM, i dont know if its related to his "leadership" trait. He is really smart on his moves and propose always a good solution. He is really tough on defense and it is really difficult to pass through, but you may have to replace him at the end of the game if it goes to the extra time, cause he has a bad stamina.

I really like play with him, he is really good at every position of the midfield but i feel like he has to play CM (i tried CDM and CAM) because he is good everywhere but not really excellent either.