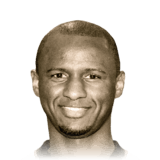 -
Sub out
Upcoming Matches
P. Chemistry
Squad chemistry
ST
80
RW
79
LW
79
CF
81
RF
81
LF
81
CAM
82
CM
85
RM
80
LM
80
CDM
87
CB
87
LB
84
LWB
83
RB
84
RWB
83
Reset
Basic
Sniper
Finisher
Deadeye
Marksman
Hawk
Artist
Architect
Powerhouse
Maestro
Engine
Sentinel
Guardian
Gladiator
Backbone
Anchor
Hunter
Catalyst
Shadow
Comments
Reviews
0
/600
Update my avatar Dos and don'ts
Top Rated
New
Controversial
Show comments
Top Reviews
Only logged in users can submit a review
A review must be written in English
At least 200 characters are required.
Compare this player to other similar players you have used(optional).
If you import your club to FUTBIN or send us an image with the player data(fill the form below) your review will be marked as verified.
Include what you liked about the player in the pros area and what you disliked about the player in the cons area.
Your review will be manually checked during the next 24 hours.
Chem Style Used
Formations
Position
Rate Player Base Stats (1-10)
Pace
5
Shooting
5
Passing
5
Dribbling
5
Defending
5
Physicality
5
Most Used In:
Submit Review

I packed Vieira untradable on division rivals, back at the start of octomber and he played already 587 games for my team.

Now you may want to know if it's worth getting him with icon swaps.

First of all: the best position for him is CDM with Shadow, but since I love how he plays in attack I use him as CAM with Hunter on the first half, and then as CDM - 4-2-3-1 formation. If the opponent is strong, I make him CDM as soon as possible since he OWNS the middle of the pitch as it's his own playground: hard to dribble past him, hard to pass near him, impossible to beat him at heading, impossible to outstrenght him - HE HIS A BEAST.

As CAM he scores and he assists at a lot even he has 75 SHOOTING & 80 PASSING - trust me, it feels better than other players with 90 passing and 90 shooting. Not a genius when it comes to finesse shoots, so just hit the ball as hard as you can and it will go right in the corner of the net.

Base PACE is only 81, but with SHADOW or HUNTER the things are changing and the big man will outrun most of the players on the pitch - and if he cannot outrun them just protect the ball with L2.

He passes the ball perfectly. If you played with Guardiola (85) you know that he doesn't pass the ball very well and surely he is not a beast in this area. Patrick has 80 Passing (lower than Guardiola), but he doesn't pass that badly - he is very accurate - short passing, power passing, through balls - they go very well. There's room for improvement.

As I said I play him with hunter and he does the job, but probably most people will use him as CDM with shadow or anchor - I don't know how bad he shoots without Hunter, since I use him that way since day 1.

Not a genius when it comes to dribbling - he has only 3 stars skill moves. Just keep it simple - drag the ball, fake shots are ok. Nothing more. I give him 4 out of 5 since I love his composure (92) on all situations.

It's not just in your half, it's in the opponent's half as well. As a CAM he got back the ball near the opponent's penalty area very often. As a CDM is a beast.

Don't get me wrong - he protects the ball better than most of the players in the game (I bet his prime Icon is deadly, or Gullit Prime / Zidane Prime - but we talk about baby icons). I played also against him and it was a pain in the *** to get the ball back from him.

I have him untradable, but even if he was tradable I wouldn't sell him - so yeah, he is worth every coin - about 1.2 mil right now.