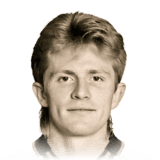 -
Sub out
Upcoming Matches
P. Chemistry
Squad chemistry
ST
77
RW
78
LW
78
CF
78
RF
78
LF
78
CAM
79
CM
81
RM
79
LM
79
CDM
85
CB
85
LB
84
LWB
84
RB
84
RWB
84
Reset
Basic
Sniper
Finisher
Deadeye
Marksman
Hawk
Artist
Architect
Powerhouse
Maestro
Engine
Sentinel
Guardian
Gladiator
Backbone
Anchor
Hunter
Catalyst
Shadow
Comments
Reviews
0
/600
Update my avatar Dos and don'ts
Top Rated
New
Controversial
Show comments
Top Reviews
Only logged in users can submit a review
A review must be written in English
At least 200 characters are required.
Compare this player to other similar players you have used(optional).
If you import your club to FUTBIN or send us an image with the player data(fill the form below) your review will be marked as verified.
Include what you liked about the player in the pros area and what you disliked about the player in the cons area.
Your review will be manually checked during the next 24 hours.
Chem Style Used
Formations
Position
Rate Player Base Stats (1-10)
Pace
5
Shooting
5
Passing
5
Dribbling
5
Defending
5
Physicality
5
Most Used In:
Submit Review

first off i was using vidal as my main CDM in a 4-1-2-1-2 narrow formation and although hes a good card he didnt have the speed to catch up and track back, so being an arsenal fan i saw petits LB card was very cheap, i start off in a 5 back formation then he goes into cdm through custom tactics with lucas hernandez at LB.

Passing - wow feels so much better than the 80 passing on his card, rarely misplaces a pass and is good at starting off my attacks or to recycle possession

Shooting - never really used his shooting as a cdm so not really an issue, longs shots are ok and on target

Defending - one of the best CDMs ive used, intercepts everything always in the right place to cut of passes from the opponent, amazing tackles never looses 1v1 battles being over 6ft helps. overall a very solid cdm thats actually cheaper than Kante right now. Amazing value for coins and with him being an icon really easy to fit into ur team

Like most people using baby Petit, I got this card out of the Base Icon upgrade and was disappointed initially at the time considering he was positioned at Left Back and had pretty ordinary pace for a Left Back. However I was still committed to using him and decided to switch him and 84 Tonali in game (Tonali at LB and Petit at CDM) and let's just say it worked perfectly. He is like a brick wall and stopped the opposition from creating attacks. I used him in weekend league and he was able to keep up with some very high skilled players. With him at CDM, I was able to win 17 games in WL and he was awarded MOTM for 6 of my wins. However, due to his high attacking work rates, he found himself trying to track back after an attack which left my defence with a massive gap where he should have been. This is why I highly recommend playing him at CM as he has such a good balance between defence and attack. His biggest pros are the fact that he is everywhere on the field and his amazing interceptions. His biggest cons are probably his vision and balance however with an artist on it will boost his vision from 73 - 88 and boosts his balance to 78. If you have the money, I would highly recommend this card.