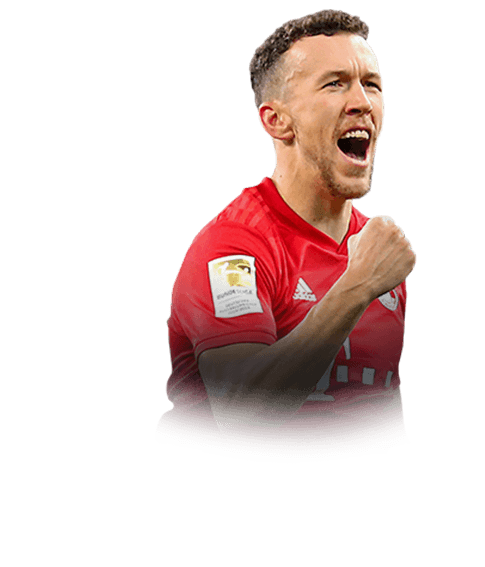 His real-life stats are currently 0 goals and 3 assists in 7 matches in domestic competition. He also received 2 yellow cards and 0 red cards.

Hello readers, this review on Perisic will be based upon a LAM and CAM in a 4231 narrow with the Engine chem as these are the best positions to utilise him. I swapped Perisic out for my RTTF Coman to try out for this review and both are different players of course. Coman being your quick whippet player and Perisic is kind of like a H.Min Son but without the H/H work rates. Perisic offers so much on a plate for the user because due to his M/M work rates, he will just tend to play around in the position you play him. He is a player in your team that won’t move away from his position, unless you use player instructions on him (I would advise to not touch his player instructions in the CAM position in the 4231 Narrow formation). With the Engine, his pace (94), physicality, dribbling (96), ball control (94) and 4*skills and 5*WF stats all combined makes for a great player who will cause your opponent’s issues all game long. The 92 stamina helps with this by a mile! The use of the Engine chem I feel is vital for Perisic as it offers all the boosts needed for the positions I played him in and without this chem, I can’t imagine he would offer the goals and assists as he did in the games he played.

The pros of this card are as followed:

·        Shooting – Without a chem boost, his base shooting is enough to cause issues against any GK. His powered shots are insane!

·        Ball Control – Man. When he receives the ball, it will just stop at his feet. The ball hardly ever bounced away from him when he applies his first touch!

·        Versatility - He is very versatile in attacking positions. Can play anywhere!

The cons of this card are as followed:

·        Vision – Trying to play a through ball with him is not ideal. FIFA will reward a 50/50 chance of your end player receiving the ball.

·        Time and effort – It did take time and effort to complete him but I completed him without even targeting to achieve him.

Just completed him yesterday, played 6 scored 8 - 2 assists in Rivals. Play him LF in a 4321 and he has probably made 5 out of 6 people I've played against hurl abuse to their TV.

If you have time to farm the XP he is really worth it, plays like a gem.

He's already in my personnel favourites for the LF position.

This dude is literally insane. Completed him about one week ago. Just before the start of the weekend league. I had already built a squad around him, cause I knew what I wanted to do with him. He plays up top in a 4-2-2-2 paired with son. 5* weak foot is insane on him. It makes a huge difference in terms of shooting. Now, you might be put off this card when you see the balance. I understand, I had that at first aswell, so I slapped a sniper on him. His dribbling is insane for such a huge player. His shots are deadly. Might not be the most percise, but the shot power makes it so much better. I have to say, he did hit the post or bar quite a lot for me. Even then, he still has 54 goals in 69 games. Also has 25 assists for a striker. Him paired with son is just crazy OP. Both have a 5 star weak foot. His physical is also good for a striker. Has loads of stamina on him so he can keep going until the 120th minute, which is important in this game. He outjumps most of the players in this game, paired with his height, that makes him deadly in the air. His strength is decent. Perisic also had 65 defending, which is good for a striker. He regularly intercepted plays out the back by the opponent, which was useful. His passing is average. His vision might also be a problem if you want to play him at CAM. I have to say, if you can get him, please get him. He's loads of fun to play with.