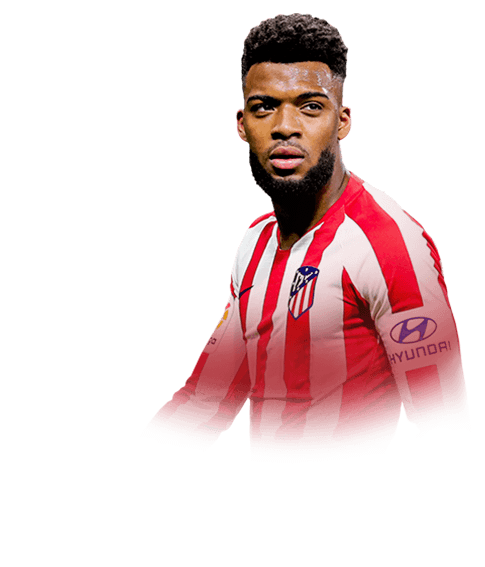 This guy is pretty good option if you are on a budget. There are few better options at his position for his price. However, don't expect a game-changer. He is quite inconsistent. One game he will run the show, the next one you won't notice Lemar on the pitch.

From the very beginning you can see that his dribbling is quite good. Don't expect a Neymar-type player, but still you can skill through one or two defenders. With hunter applied his pace is decent, especially the burst of pace after L1 dribbling. However, he isn't as fast as your Kents or Mbappes. Passing is nice, nothing to brag about.

There was, however, two major cons with this card - positioning and finishing. As you expect from his med/med workrates and 82 base finishing, he lacks quality in the final third. He rarely makes runs on his own and will waste you some chances. One time it was very annoying, as he hit the post from a very easy chance - resulting in me losing the champs game. His 5* WF and finesse traits can be useful, though.

If you can spend some more money, I strongly recommend to get another card, like SS Vinicius. He was much better LCAM for me. If you are on a tight budget, he can provide some good links.

I'm writing this review because I was very pleased with my purchase of fut birthday Thomas Lemar. Before I get into how he played, I'd like to mention I'm a division 4/5 player and average gold 2 in the weekend league (I'm not the greatest player). Anyways, he is actually pretty amazing. Excluding pires and mbappe, he is definitely the best french LM/LW/LF in game. 4* skills and 5* weak foot is obviously great and he is very well rounded. I play him in 433 and switch him to the right side in-game. As an RW he is absolutely amazing. All he has to do is cut inside towards the left, and finesse it in. Almost all his finesse shots go in. He fits the meta quite perfectly and is a budget option for those that can't afford mbappe. I'm not the greatest skiller but from the skills I do know how to perform, he performs them perfectly. The only downside to him personally is that he's quite weak. His stamina is also not the greatest, 85, however, if you keep him at stay forward like I do his stamina doesn't drain fast at all and can easily play the full 90 minutes. I use a hunter on him and would highly recommend it on him. His workrates do not affect the gameplay that much and personally may bolster his defensive stats in the attack.

Pulled him out of one of those 2 83+ player packs so I'm stuck with him undtradeable. Being at Atleti fan, I was upset he was the one chosen to be in the FUT birthday squad but decided to give him a shot since he'd fit in the team. The card stats don't look awesome but he has really played a key role throughout most of the games I've played with him. I used a Sniper chem to up the finishing and make him as agile as possible (it worked). The pace is OK, his agility and acceleration are extremely noticeable though. He won't outrun defenders after he's past them but he gets the first step more often than not. The shooting is fantastic! Although he has the finesse shot trait, his right foot finesse shots haven't worked out for me. The game gives me the animation of the player about to fall after the shot so I stopped even trying. Besides that, both feet finishing is very good and as mentioned before, his dribbling is amazing! He's a small player and the Sniper almost maxes out his key dribbling stats. He feels very responsive and although I haven't used Neymar in this game, I would compare Lemar to Neymar from FIFA 19.

Not the fastest after getting past the last man