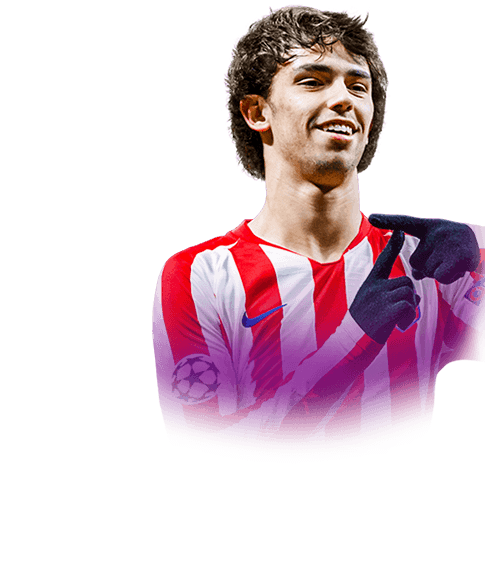 Thia guy is unbelieveble, lot of people been trash talking on this card and his price, but let me tell you, hes worth every coin even if you compare him with cards like IF messi or CR7 that i used to have and dont think worth more than him. This Felix, let me tell you, he can dribble, he can shoot, he can pass and most important, HE CAN SCORE. His shots are absolutely amazing from everywhere if its not a goal, its a corner or a bullshit fifa post hit .. His passing was the most surprising to me, its absolutely great and thats why i feel like he can play in other positions in the attack if you want, i use him as striker in 4-2-3-1 or in 4-4-2 and paire him with moments hazard. His dribbling and pace are also very good and i dont even use hunter to max out the pace. i decided to go with hawk for a bit more physical and that is in my opinion along side the weak foot the only thing that dont make this card perfect ... but lets be honest, the perfect card doesnt exist and his 4 star weak foot does the job and the physical is not awfull for sure

he has the skill, he has the dribbling, he can break any defender

can play in all positions of attack in my opinion, but i personally preffer him as striker

great work rates for an attacker

maybe his physical, but its not even that bad, its only the weakest stat that you can notice

So I got this guy when the future stars promo showed up and I was super exited of getting the most expensive future star of that batch, since my team was worth about 200K at that time. He was an absolute dissapointment. For a 2M worth card Expected him to be completely game changing, and to be honest he was pretty average. His shooting is his worst attribute, since he always shoots pretty centered and he misses very clear chances, which you wouldn't expect from a card with 9 shot. His dribbling is decent but nowhere near as good as most 5STAR skillers, but I will say he's surprisingly strong and good in headers. After 500 games playing him everywhere in the front 4 of a 4231, I ended up using him in an SBC. Nowhere near being worth 2M before and nowhere near being worth 500K now.

Decent Dribbling, but nowhere near Neymar or Mahrez kind of level.

He's pretty fast for me, but I have Hunter on him.

Even though he has 4Star WF its unuseable.

Way better options for his price.