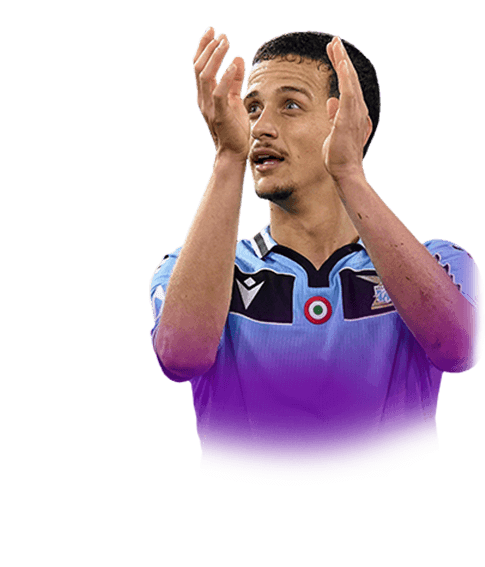 Another overpowered brazilian centerback. For me, Eder Militao, Juan Jesus and this guy offer everything you need in a centerback. I played Luiz Felipe besides shapeshifter Nandez (decent, not endgame though) this WL and plan on playhing him alongside Juan Jesus rttf (pray for roma!) for the rest of fifa probably since Allan rttf won´t leave my team any time soon (by far the best hybrid cm/cdm oder even cb player I played this year).

Once Felipe is near the attacker, the ball is at his feet already. For me aggression alongside interceptions and defensive awareness are the most important stats for a cb this year. 99 aggression for this guy says it all. He just bullies attackers and it doesn´t matter if it´s a weakass Ben Yedder or a prime Drogba. He is one of those defenders you just feel very confident with getting into a tackling/interception because he will win it 95% of the time without the ball bouncing of him or any of that fifa bullshit.

Passing is decent aswell. I like to push up into the midfield with my centerbacks to start the attack and his passing hasn´t let me down yet.

All in all he has to get in my Top 5 CBs I have played this year (1. Juan Jesus, 2. Luiz Felipe, 3. scream Romagnoli, 4. Kimpembe, 5. Maldini mid). If you are short on coins or want to strenghten your attack just get this guy+ Juan Jesus for around 300k and you are good.

And, some of you will think "he probably finishes Gold 3 or 2 with centerbacks like Juan Jesus or scream Romagnoli or Nandez..."...no :) because they are not worse than centerbacks like Van Dijk or Varane just play a little different (I played VVD, Lenglet, Van Dijk and all these "meta,op" cbs and they are not better).

Sorry for my english, have a nice sunday.

Everything, he has no weakness

"Ramos" written on the back of his shirt. Fuck Ramos :)