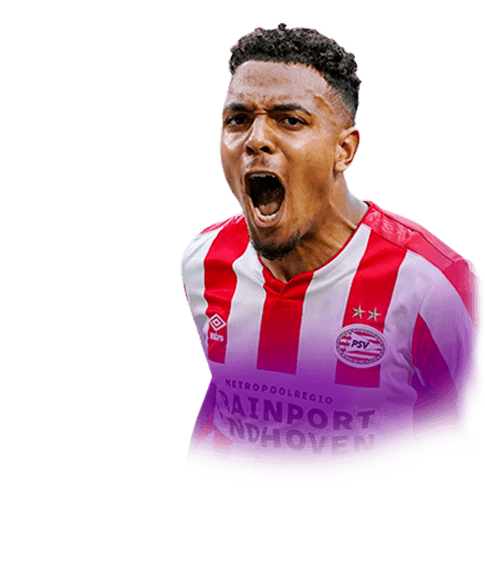 As I knew from the beginning of this FIFA that even his gold card is OP, I needed to try him out after getting bored of using Mbappe.

I never used a better ST in value of coins than this Malen (approx. 100k on XBOX)!

He is literally not able to get caught in a sprint.

With sniper his dribbling is better then Mbappe‘s (especially bis Balance).

His shooting is really similar to Mbappe‘s whats also OP as fuck.

Also he comes with an amazing physicality in relation to his pace with 85 strength and 87 stamina.

His workrates M/M are making him even more perfect if you like a balanced bild-up, so he gets never out of position.

Even his passing is better than average for a striker.

There is no disadvantage on this card, if you can handle with strikers who just have 3* weak foot. But don‘t be scared because of this. He will also score goals with his left as long as they are inside the box. Just don‘t shoot form outside the box with his left.

If EA gives headers a try at any day, his 94 heading could be an surprising extra as well.

So I will never ever sell him as long as I can‘t afford R9 or something else.

IMO he is better than all Gold strikers on the market, expect CR7 in terms of positioning.

I still can't believe that this card only cost around 35-40k. just by looking at his stats, you wouldn't think that he would be priced this low.

PACE- He is quick and i mean REALLY quick but, the downside is that it doesn't feel like 97 pace but he's still really quick, feels like 93 or so pace.

SHOOTING- His shooting is really good. With a sniper chem style it boost his finishing to a 99. He finishes anything inside the box, the only downside with his shooting is his weak foot, but if you get it to his right foot, he usually finishes nearly everything if you put it on the plate for him. His positioning is decent, nothing special but gets the job done.

PASSING- His passing is the one im not impressed by, but im not suprised. short passing is alright, but i would never try to attempt a long pass or a through ball when using him.

DRIBBLING- He feels good on the ball, nothing special but decent. Feels really agile and with a sniper chem style it boost his agility to a 99. His compossure is not really good, indeed it's poor and you can totally feel his low composure in game.

PHYSICAL- He feels strong in game, can push off some defenders, and Can last the whole game without being tired with his 87 Stamina.

This is my first review on a player ever so, there might be some errors on the review here and there but i will work on it on a future player review.