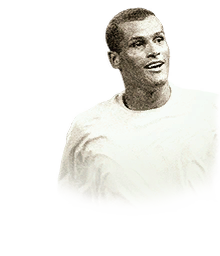 -
Sub out
Upcoming Matches
P. Chemistry
Squad chemistry
ST
92
RW
94
LW
94
CF
94
RF
94
LF
94
CAM
93
CM
87
RM
92
LM
92
CDM
70
CB
60
LB
68
LWB
72
RB
68
RWB
72
Reset
Basic
Sniper
Finisher
Deadeye
Marksman
Hawk
Artist
Architect
Powerhouse
Maestro
Engine
Sentinel
Guardian
Gladiator
Backbone
Anchor
Hunter
Catalyst
Shadow
Comments
Reviews
0
/600
Update my avatar Dos and don'ts
Top Rated
New
Controversial
Show comments
Top Reviews
Only logged in users can submit a review
A review must be written in English
At least 200 characters are required.
Compare this player to other similar players you have used(optional).
If you import your club to FUTBIN or send us an image with the player data(fill the form below) your review will be marked as verified.
Include what you liked about the player in the pros area and what you disliked about the player in the cons area.
Your review will be manually checked during the next 24 hours.
Chem Style Used
Formations
Position
Rate Player Base Stats (1-10)
Pace
5
Shooting
5
Passing
5
Dribbling
5
Defending
5
Physicality
5
Most Used In:
Submit Review

I believe everybody will look away from this card because of his weak foot. But in game, it really wasn’t a big issue because he can use his left very well. In fact, it’s beautiful to watch the result of the player creativity of pulling a unique animation.

The key stand out that is absolutely top class is his ability to produce quality ball from his left. It’s magical. His pass is precise. His shooting including finishes inside the box or finesse from the edge is top class. His finesse is beautiful to watch. By the way, I scored a beautiful power shot from his right foot though.

As mentioned above, with his left, he can score variety of goals. Finese, power, inside/outside the box. No problem, it’s the quality that you can really expect. Given that he has max composure, it makes him a top class in producing scores. Everything looks calm and easy with his shooting ability (left foot).

He doesn’t have any special traits for dribbling but it turned out his ability to wave in and out is excellent. He can turn and drag back very fast, you won’t have any problem controlling the ball and put the ball in his left foot before shooting. With his body type and heigh, you he can shield himself from defender very well even his strength doesn’t seem so high, but the combination of his state makes him a very good dribbler.

Short/long no problem, I have nothing to complain. He won’t let you down if you put him in a right position to pass. But if you are trying fancy passing or passing with a bad angle then this guy still cannot advance to that level.

Not his major strength but with the combination of his agility, he can shield himself and turn very quickly before defender and catch you. But if shoulder to shoulder then he is still considered as being pretty weak.

Magical finisher with his left

Alright, this is my second player review here on Futbin, yet I wasn't that excited about it compared to the one about FB Boateng.

Since I had the coins, and i wanted a revamp on my midfield, I went for moments Rivaldo, since he is a player I really used to admire back when he played. I picked his base icon from the Icon Swap 1 and I can say that he lasted long enough. He carried me from the start of this year until he became unuseable due to the meta. Needless to say, I expected a LOT from him, and unfortunately, he fell short of my expectations.

I played him mainly during Weekend League, and some rivals matches (I also used him at squad battles but I don't include these stats here). I used him at CAM, with a formation of 4-2-3-1. I changed my instructions, because of the Med/Med, and in the end it didn't bother me. I also applied him an Engine chem style, to boost Pace, Passing, and mostly Dribbling, beacuse his Balance was too low.

Passing: Starting off, his passing was nowhere near what he stats showed. Average. Passes were not powerful and he could'nt pass anywhere unless he was looking directly at someone, and he could'nt manage to pull off any good through balls. Not to mention passing from quite weird positions, he would always fail them.

Shooting: Here, i was actually satisfied. He could shoot from anywhere, and he would always score bangers. His 2WF was no big deal, he would always find a way with his left. Finesse shots and long shots were exceptional.

Pace: He actually felt really slow, but sometimes he would manage to pull off some sprints.Still disappointing. If you told me to guess his pace stats according to his gameplay, I would say he has around 85 pace.

Dribbling: This was the biggest let down of this card. He was so hard to turn, he felt like he had no agility most of the time. Also ball control was disappointing, he would fail to get the ball to his feet after passing him the ball with a simple pass.

Physical: He actually showed more strength than his card shows, but his aggression let me down most of the times. Stamina was alright (just a friendly reminder that I had special instructons for him so that he wouldn't move too much).

In conclusion, it isn't worth the coins. You can pay much less to get someone else and perform much better than PIM Rivaldo. Thanks for the read, Futbin community.