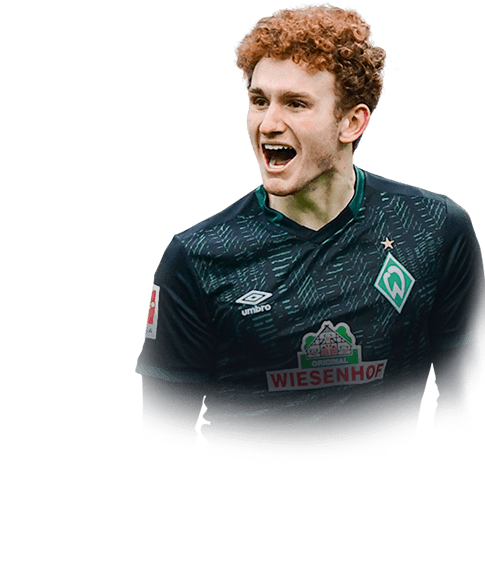 12
Sub out
Upcoming Matches
P. Chemistry
Squad chemistry
ST
85
RW
82
LW
82
CF
84
RF
84
LF
84
CAM
82
CM
76
RM
81
LM
81
CDM
66
CB
64
LB
67
LWB
68
RB
67
RWB
68
Reset
Basic
Sniper
Finisher
Deadeye
Marksman
Hawk
Artist
Architect
Powerhouse
Maestro
Engine
Sentinel
Guardian
Gladiator
Backbone
Anchor
Hunter
Catalyst
Shadow
Comments
Reviews
0
/600
Update my avatar Dos and don'ts
Top Rated
New
Controversial
Show comments
Top Reviews
Only logged in users can submit a review
A review must be written in English
At least 200 characters are required.
Compare this player to other similar players you have used(optional).
If you import your club to FUTBIN or send us an image with the player data(fill the form below) your review will be marked as verified.
Include what you liked about the player in the pros area and what you disliked about the player in the cons area.
Your review will be manually checked during the next 24 hours.
Chem Style Used
Formations
Position
Rate Player Base Stats (1-10)
Pace
5
Shooting
5
Passing
5
Dribbling
5
Defending
5
Physicality
5
Most Used In:
Submit Review

So, as a Bremen Fan I grinded the season pass and got myself Josh Sargent. Firstly, looking at his stats, you will not be amazed, but he is better than I thougt. I bought a Marksman Chemstyle and slapped it on him and yeah, went into some Division Rivals (Div. 5). I played him at Striker along side Van Nistelrooy 92(yep...the pack) in the 4222 formation. So far he scored 23 Goals in 18 games and made 15 assists.

I must say that I am very surprised, but do not regret it, that I picked him. And you won`t either!

Shooting: His shooting is simply amazing, scoring almost every thing inside the box and also from 20 meters, also finess shots with his 88 curve (9/10)

Dribbling: His Dribbling is good, very agile. His composure could be a little bit better. (7.5/10)

Physicality: good stamina, enough for a striker. His physicality could be better, gets pushed a lot by defenders like varane or lenglet, but hey almost every striker does. (7/10)