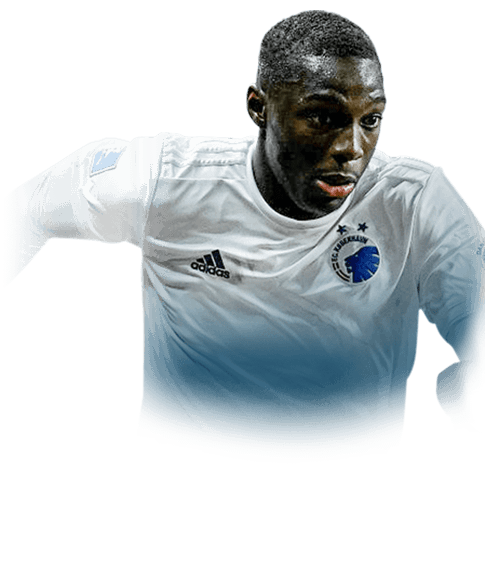 I was really skeptical of this card at first, and when I bought all the players necessary to complete the SBC, I hesitated to press submit. However, I am extremely glad I did, since in just ten games played, he has been an absolute beast for me. To give some context to how good he has performed for me, I am not a great player; I usually struggle my way to a Silver 1 finish in the Weekend League, and score an average of 3 goals a game. Also, before Daramy, my best goalscorer was Timo Werner, who has scored 0.8 goals/game for me in 150+ games.

So Daramy scoring 2.2 goals/game is simply insane for me. Of course, this is likely unsustainable, but he is nonetheless going to be my new top striker. I play a counter-attacking style that relies very little on buildup passes and much more on sprinting up the field and sending a few through-passes from player to player. For this style, Daramy is amazing, he is lightning quick, strong enough to push aside defenders and has a good enough shot to score from anywhere within the box.

Really nothing major here, but if I had to pick one:

So i really wanted to test this card because he looks op. And i did him! i have to say that he is a cheap little monster! really fast,agile and strong at the same time. his finess shots are really good to. I tested him on rivals with some easy and some difficult opponents,also i tested him against my friend. he was amazing in every single game.

First of all, congratulation to Daramy winning the Stay And Play Cup!!

I created a futbin account to write this review:

When I saw the price of this SBC I just had to complete it. And he is totally worth it. I completed him for free. I am using him in my starting eleven. I managed to link him with Delaney IF and Daniel Wass UCL Live. Ingame I play 4231 with him as a lonely striker.

With a Hawk he is unstoppable. He feels very agile (99 agility, 99 balance). If you are in the box, just do left stick dribbling and shoot. His shooting was very good inside the box. His composure and reaction don't feel like 70. It didn't stop him to score goals. Even his 3* weak foot didn't feel like 3*. Half of his goals he scored with his weak foot. Maybe I was lucky but he is insane:

In 6 games he scored 9 goals and 5 assists in division rivals in division 6 (I know that's not really high level...). For me he is a game changer.

If I were you I would complete it. You can also use him as a supersub or if you don't like him then you can submit him into a SBC.

Pace - he feels fast with a Hawk.

Shooting - clinical inside the box.

Physicality - with Hawk 91 strength and 88 aggression, stamina is good for a striker. Good ball shielding because of his strength.

Reaction and Composure - didn't really affect him, but it is a con.

Passing - not the best but not the worst. He is good for 1-2 plays.

3* weak foot - as I said he scored half of his goals with his left, but still a con.