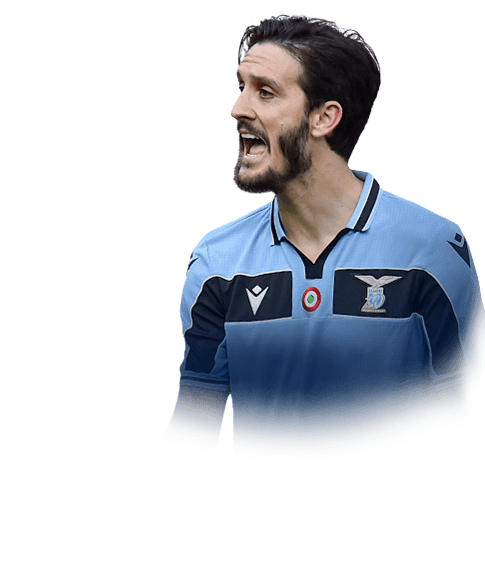 Hey this i my first review so i still need to learn how te make these reviews professional. and dont't watch my english...

Luis Alberto is a BEAST. He played central cam in a 4-2-3-1 and somethimes at striker in a 4-2-4nor 4-1-2-1-2. The man controls the midfield just so hard! His passing is just perfect and with the 99 accelaration with the engine he just goed like a spear trough the field. If you would want tou buy him i would say only for cam. For a striker he has not got to much physics and the 3 star WF is also a bit annoying. But i scored a beauty with his left foot in the box so you dont really feel the 3 star. For his price you buy a man the controlls your team just like you want. Every striker will like a back-up like Alberto so i would reccomend to buy him!

pace: but only with a engine chemistry style

shooting: Just look a these stats...

defending: for his position it is very handy because he somethimes can take the ball form cb's/cdm's

3 star WF: it is just unfortunately from EA...

stamina: at the end of a good contested game you will feel that he is human...

For the serie A TOTSSF, I got him in my red picks. I didn't have any idea of how good he could be, so I tried him for a few games, and I've been really desappointed. Of course, he is not bad (he's still a 97 rated player), but I was aspecting for something better for a player with that rating. It seems like his stats are fake, he can miss easy passes, his finishing isn't a 97-like at all, and even his dribbling, which is almost the best possible on the card, is sometime quite bad, to turn on himself for instance. His left foot is really really bad, you can't trust it. I played it as a CAM, so I didnt tried a lot his defending, but it didn't surprised me, and I assume that his aggression is a real problem if you want to play him as a CM/second CDM.

This card isn't bad, but that is definitely not what a 97 rated card should produce in game. What a pity for a very good player IRL !

-his passing is very good, even if his double 99 lets you aspect better

-his shooting is good from the outside of the box

-a very good ball control, when he doesn't need to do a U-turn

-quite fast for a central player

-very strong, you can't push him away from the ball

-awful weak foot (why did EA not upgrade him instead of Adama Traoré ?)

-unexplainable misses into the box

-not consistent, really difficult to trust him

-he seems even taller than he is, and that affects his dribbling