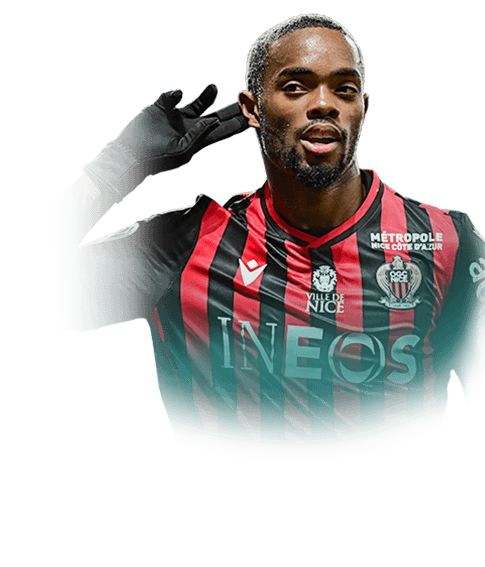 So basicallly, i've been running a Ligue One squad for the last few months, because we aòò know how overpowered some of the players are. As soon as i saw ths guy's sexy bald head i knew i had to try to slot him next to my Bakayoko, becasue i was looking for a more box to box CDM in a 4231.

I think that at the moment you can do the SBC pretty cheaply, just by submitting some red picks, like i did with my Hummels.

Well, this guy is a BEAST. His pace and stamina combo is incredible, his runs up and down the pitch for 120 minutes straight, he doesn't need to be subbed off. He's very good on the ball because of hi high dribbling, despite having such high phisicality. Wins almost every tackle, and is also able to bang it top bins from outside the box. His passing is very good too. even though before going for a long trough ball make sure you've set the ball on his right foot. The workrate doesn't affect his performance too much imo, but you might find it an issue in another formation.

Let me start by saying that I did Cyprien for "free" while spamming the premium Ligue 1 upgrade packs when they came out, so the review is purely based on obtaining him as a free card. At 5'11" (180 cm) and 90 base strength, I thought he would slot in as the muscle in midfield alongside Renato and Aouar. He fits that role well enough, but compared to Aouar and of course the GOAT Renato (don't get me started), he's not to their level.

I must admit he does a lot off the ball, defensively, and wins his fair share of headers, but the goal output just isn't there for me. Now, as a free card, I can't complain with the performance, but for the current market price (inflated due to all these Summer Heat SBC's), I don't think he is worth it.