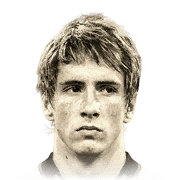 Sometimes things were just meant to be.  This past Friday I was in the process of deciding who I would be reviewing this weekend and was pretty certain it would be FUT Freeze Allan Saint-Maximin (who we posted on Tuesday) and 87 Kenny Dalglish.  I was searching the Scottish legends price and even bid on a few without any success.  At some point in the night, one of my mates sent a video and an update on 88 Fernando Torres and how well he had been performing for him.  I hadn’t looked much at Torres previously and was pleased to see the price would be right around Dalglish and decided to shift gears.  Luckily, I was able to win a decent bid on the Spanish superstar and the review was underway.  Little did I know it would work out absolutely perfect with the ICON SBCs that dropped over the weekend, a stroke of luck, and now hopefully I can shed some light on whether or not this card is worth the price tag on the market… and of course whether completing this SBC is worth your hard earned fodder.  To start with I applied the FINISHER chemistry style, with the Dribbling boost pairing nicely with the Shooting improvements.  Then, Torres lined up alongside Freeze Saint-Maximin as the right ST in my 4-4-2 formation. Finally, “El Nino” was ready to be the legend leading the line all weekend in the following squad: 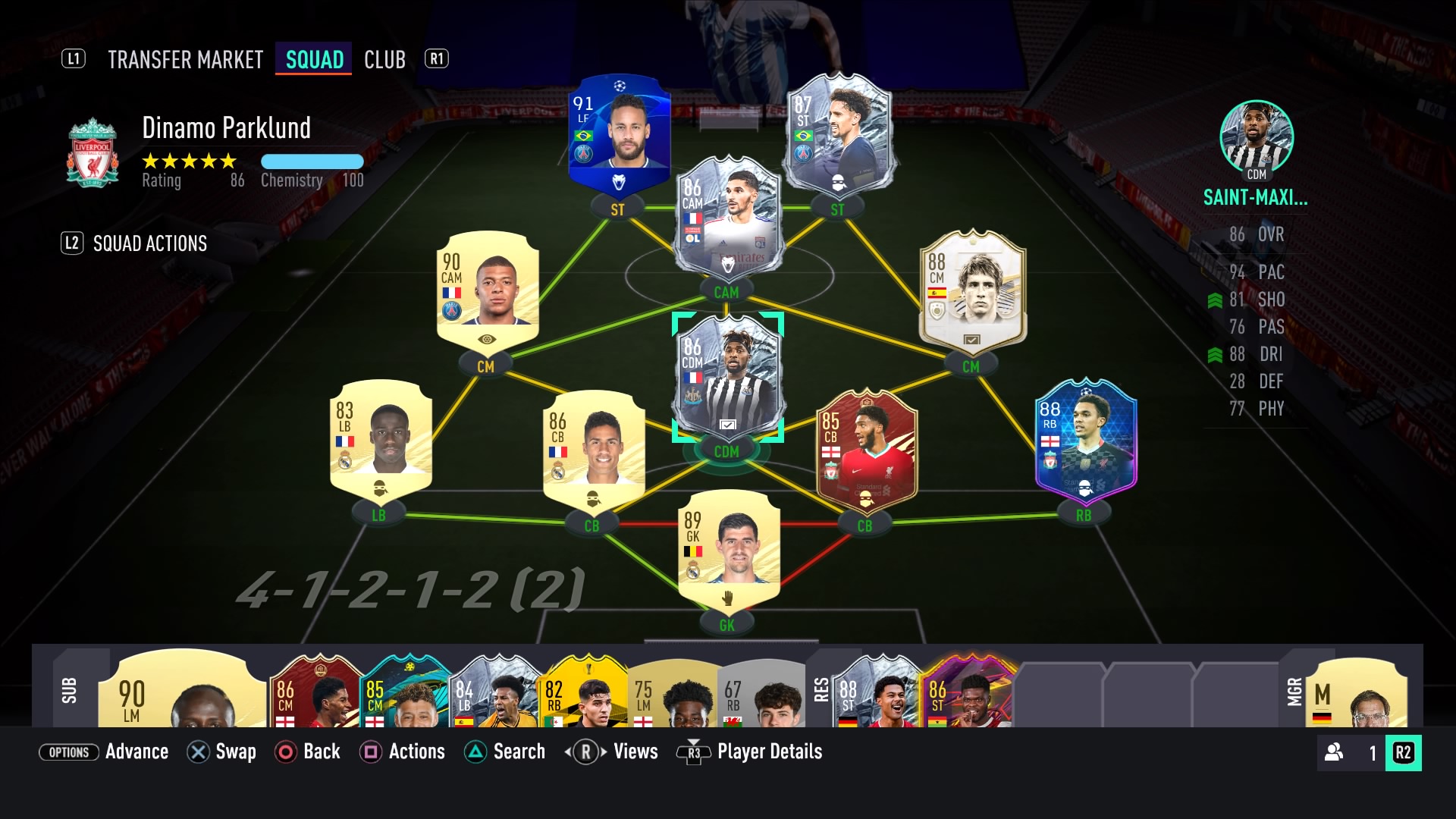 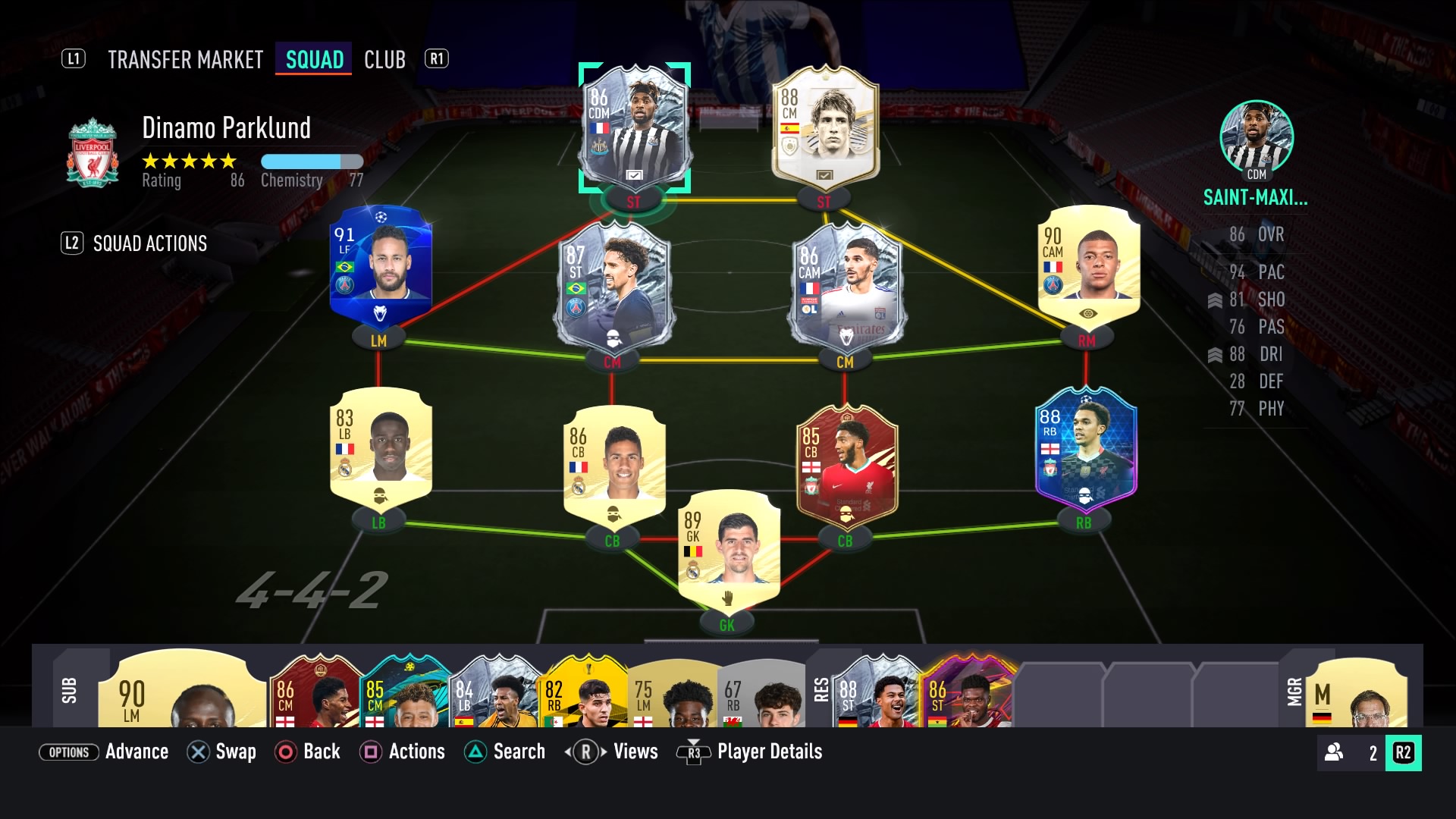 Disappointing.  I realize that giving a card a 9/10 and then calling them disappointing is a sign of how spoilt I am with the variety and quality of cards I get to use.  But I think a brief explanation will clear it up.  As a Liverpool fan, my image of Fernando Torres is of a Spanish God with his white socks emerging from red Nike Total90 Lasers… blazing past a helpless Nemanja Vidic and rifling laser beam shots into the top bins past helpless goalkeepers.  The FIFA 21 version of Torres just could not live up to that image and therefore was disappointing despite being a quality option in attack.

While I see the majority of FUT Managers using a HUNTER chemistry style on Torres… I cannot help but ask, why!?  About midway through my review, I did switch over to the more pacey option but honestly noticed minimal, if any difference at all. 94 ACCELERATION & 89 SPRINT SPEED was more than enough and allowed a focus on other areas with the chemistry styles.  The key was definitely the acceleration which was devastating when exiting dribbles or receiving the ball to feet… while the sprint speed was just enough to keep defenders at bay when you get into those vital areas of space.

This is the area of the review that I wanted to focus on specifically as it is a major reason why Torres is a definite 9/10 overall as a striker.  Yet, was also one of the areas that created the disappointment with the card that I mentioned at the beginning.  99 FINISHING, 93 SHOT POWER, 92 VOLLEYS, 4 STAR WEAK FOOT; all of the weapons you would expect to create a lethal finisher.  The return of 20 goals in 20 matches is certainly respectable and suggests a level of quality in the card.  However, all weekend it felt as though for every brilliant finish Torres produced, there was an equally missed opportunity in the match to increase his total.  One of the issues I found was that the FINESSE SHOT trait did not really feel any different from a normal card and time and time again I missed those opportunities.  But after that, I can’t really pinpoint why Torres was not as clinical as he could be, but it was frustrating when those fine margins that decide a match went against me because of this card.

I will start by clearing up the ratings really quickly related to the value of Torres.  The 4.5/5 represents the market price of Fernando which has dropped to 900k with the release of his ICON SBC.  I think this is just about perfect but will discuss some of his weaknesses in the next section that just bring him down a .5 rating and perhaps warrant a slightly lower price tag.  The 2.5/5 refers to the SBC price, which is beyond crazy to pay for this card.  As of this writing, the SBC value of Torres is 950k!!! 50k over the market price and for a card that has some deficiencies in key areas for a top tier level striker.  I would definitely suggest trying this card, especially if you are a fan… but just buy the market version and save your fodder for other options, this is definitely not it.

When looking at the current META in FIFA 21 it is so important to check the above trifecta in order to have a dominant card.  Unfortunately, this is where Torres started to struggle in the review.  He has the pace, the shooting is certainly good enough, the card is actually so powerful with his size (186cm |6’1) and 75 STRENGTH… but the dribbling and passing ultimately let him down in the end.  97 AGILITY & 86 BALANCE should be enough, but I swear they are not in this case. Torres has decent movement but not enough to properly break down a deep back line and can even feel sluggish at times. The Passing was also an area where Torres was not spectacular, the 79 SHORT PASSING & 53 LONG PASSING (yes it is that bad this is not a typo) are not near crisp enough for me.  Yet, the size and hold up play that Torres can provide did produce a nice return of 14 assists in the 20 matches… making Torres a nice option in those hold up roles.

I guess it is my own fault in the end.  I wanted the player I pictured at the start of the review… and realistically that player is the 91 Prime Torres isn’t it?  Overall, it was a watered down version of the electric superstar I remember … but still showed some of the brilliance you would expect.  One thing I wasn’t expecting was the number of header goals Torres managed during the review.  The previously mentioned size paired perfectly with 84 JUMPING & 82 HEADING ACCURACY to produce some key moments throughout the review including one late match winner as the video illustrates.  Like I have said, once I got over the disappointment that this card was not a world beater I was able to start appreciating everything 88 Torres does bring to any squad.  While I would steer miles clear of the SBC, I do think the market version has dropped to just about the perfect price and warrants a test drive if Torres has been a card of interest for you.  Hope all is well with you and yours, stay safe out there. Cheers for reading. 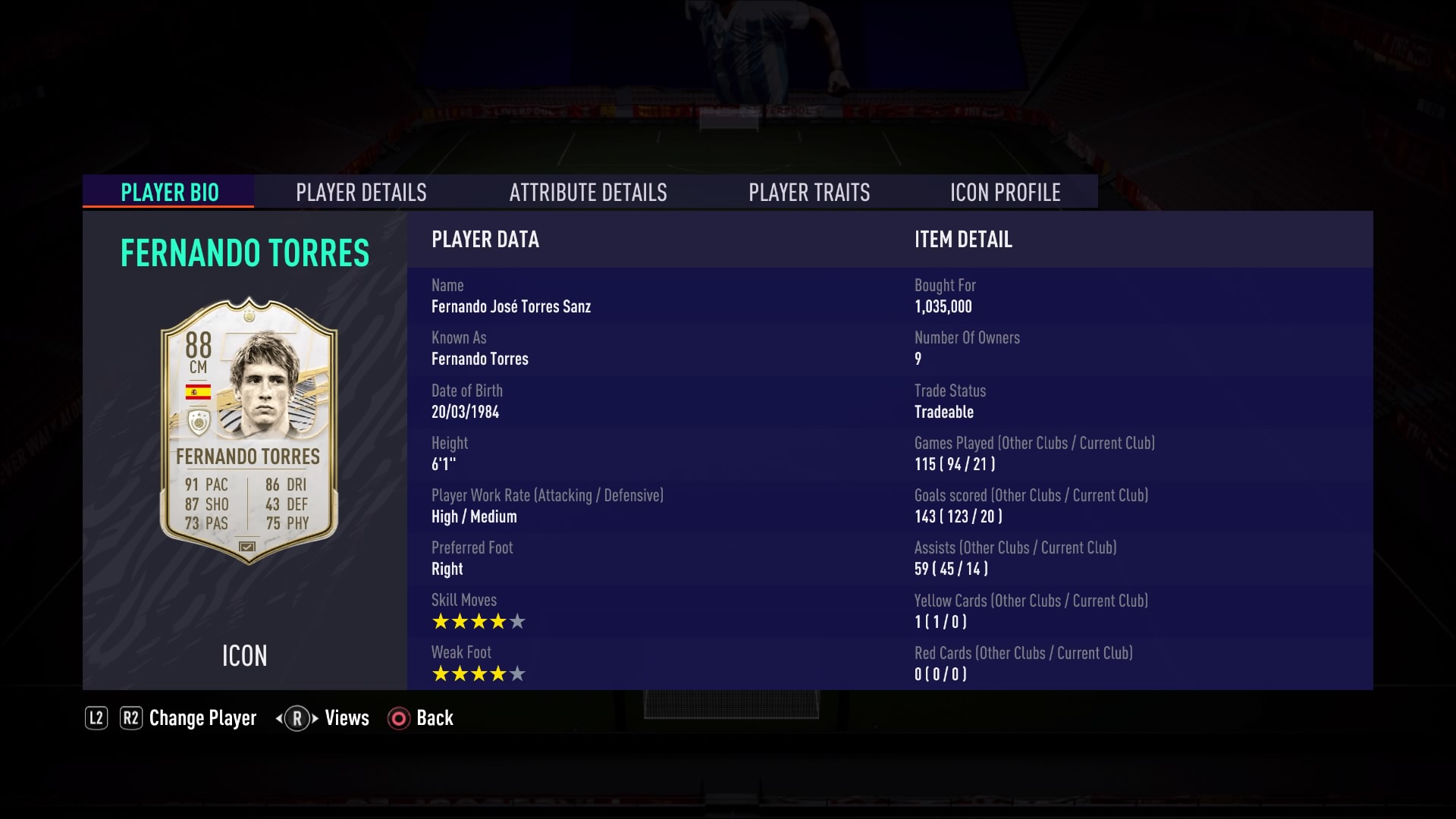 If you're old like me and you love football, chances are, you were a fan of El Nino at some point. Even if you aren't a Liverpool/Atletico supporter, you cant help but in awe with his performance on the pitch in his golden days. His speed, his strength, his finishing are all top notch. I can never forget the magical volley vs blackburn, that insane curve goal against Sunderland, and even his goal vs Barcelona that took Chelsea to the CL final. Simply, this card was the Torres you fondly remember. The ultimate no.9. However, he is definitely NOT META. He is definitely NOT AGILE. He is definitely NOT able to dribble his way past the entire defensive line. However, he made me genuinely enjoy playing FIFA 21, and made playing this horrible game mode fun again.

1. Speed. With a hunter, he feels pretty fast. Not Mbappe, Mane or even Rashford esque fast, but when he get a yard of space defenders will struggle to catch up with him.

2. Strength. I was very surprised when he managed to out muscle Van Dijk, Varane, Ramos and all those meta CBs. Even when the defenders catch up to him, you can simply tap L2 to shoulder off the defender. Not sure if its the hidden mechanics of the icons but he is strong as hell.

3. Shooting. Oh my lord. Left peg, right peg, long shot, finesse, chips shots, you name it. He just finishes everything. Even more clinical than IF Ben yedder, whom I hold a high regard in terms of pure finishing ability.

4. Positioning. He is not the most agile of players, but he just manage to find spaces behind the defence line like no others. There are so many strikers where you need to manually trigger the runs or try to find the pass to him, but he just do it on default. Most of the time you just need to press through pass and he is suddenly clear through on goal.

1. Agility & Dribbling. He is definitely heavy on the ball. A lot of much cheaper attackers feel better than him when it comes to dribbling. Don't try to do fancy runs with him.

2. Passing. Not the worst, but I didn't manage to get any assist with him over 15 matches, and I was quite surprised because I play a 2 striker formation most of the time. He is definitely the one who need to be fed, instead of being the provider.

3. Price. To be very honest, Mbappe, Neymar, TOTGS Rashford, CR7 are all cheaper or at a similiar price and they are all probably more suited to the game, more meta. For almost 1.2m his price is steep.

I decided to try this card out and used his loan for 3 games and its convinced me to go ahead and work towards his SBC as his card is the real deal.

His positioning is top tier. He always seems to be in the right position to receive the pass and get the shot off especially in a formation with 2 strikers.

His Dribbling was surprisingly good for a 6"1" striker and didnt find his build or size an issue as he actually felt really snappy and quick whilst turning.

His pace paired with his strength makes this guy so effective against the usual Varane and Gomez cards that you play every week as they just dont seem to be able to stop him.

His Price of 1M coins is fair if youre not too sure about sinking 800-900k into an SBC however with fodder in your club and upgrades youll be able to complete him for even less.

Overall he is one of my favourite strikers ive used all year round. However he is not Meta.