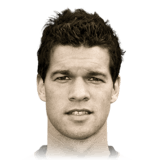 -
Sub out
Upcoming Matches
P. Chemistry
Squad chemistry
ST
84
RW
81
LW
81
CF
84
RF
84
LF
84
CAM
84
CM
85
RM
82
LM
82
CDM
84
CB
82
LB
81
LWB
81
RB
81
RWB
81
Reset
Basic
Sniper
Finisher
Deadeye
Marksman
Hawk
Artist
Architect
Powerhouse
Maestro
Engine
Sentinel
Guardian
Gladiator
Backbone
Anchor
Hunter
Catalyst
Shadow
Comments
Reviews
0
/600
Update my avatar Dos and don'ts
Top Rated
New
Controversial
Show comments
Top Reviews
Only logged in users can submit a review
A review must be written in English
At least 200 characters are required.
Compare this player to other similar players you have used(optional).
If you import your club to FUTBIN or send us an image with the player data(fill the form below) your review will be marked as verified.
Include what you liked about the player in the pros area and what you disliked about the player in the cons area.
Your review will be manually checked during the next 24 hours.
Chem Style Used
Formations
Position
Rate Player Base Stats (1-10)
Pace
5
Shooting
5
Passing
5
Dribbling
5
Defending
5
Physicality
5
Most Used In:
Submit Review

Ballack is the player I chose with FUT swap ICONS, and I have no regrets. First of all, just look at his stats, he's so complete, he's 1m88 and he has double 4*, without playing with it you already know he's a good choice.

The lower stats on his card are pace (72) and dribbling (78) so I decided to play him with Engine chem style as a CM in a 433(2) alongside Jorginho and Kanté (yes I'm a Chelsea fan), but I don't know what EA smoked because he certainly doesn't feel like 72 pace ingame, he's surprisingly quick, and if you add his physical stat let me tell you, when Ballack runs no one take the ball from him. His shooting and passing stats speak for itself, he rarely misses a shot or a pass. I don't dribble so much with him as I pass the ball around a lot which is what you're supposed to do with Ballack and Jorginho as your midfield. Defensively, his physical will help a lot to move a player and take the ball away. So overall, I don't see any weakness on Ballack, if you need a CM and don't know who to choose as FUT swap ICON I'd advise you to go for him, you certainly won't regret it.

Powerful shooting, so powerful goalkeepers would rather concede than lose a hand

Physical beast (which helps both in defense and in attack)

You won't dribble the whole opponent's team and chip the goalkeeper like Neymar would do, appart from that... I don't know

Ballack is certainly a hit or miss in-game. Sometimes he's an absolute general banging in goals left and right, making beautiful passes, and showing a presence on defense. Most of the time he's a ghost, nowhere to be seen, not clutch at all, unable to complete fairly average passes. Certainly a bit disappointing for an icon, especially since I play him next to Guardiola who has never had issues. In my opinion steer clear, there are plenty of cards that will play similar to better at a fraction of the cost.

Agility and Balance: make him feel slower and clunkier than he should feel. Don't expect to be able to hold the ball for longer than a second, pass quickly or he'll lose the ball to any defender with a pulse

strength: with 86 physical you would expect him to be a rock on the ball, he can certainly shield well but lacks the ability muscle attackers off the ball

pace: he's slow, easy as that, his low agility and balance don't help either

I thought, after reading and watching a bunch of opinions on this card, that it would be a midfielder for months. I am so disappointed. Got him from the icon swaps offcourse. Played a whole bunch of games with him as a defensive midfielder. Guys, he is really not very good. It is hard to describe how clunky and slow this guy feels. You put shadow on him, but that hardly even makes things better. He moves like a heavy duty tractor. God forbid you try to turn with him on the ball. It takes ages! Same thing with getting a pass off. Even in good gameplay it is so darn slow. In lag? Terrible! Only way is first time passes. This guy also can't finish anything. One on ones - nope. Long shots - nope. Headers - nope. He really plays under the stats he has. You would think he is a well rounded card, but you get a clunky, ball losing firetruck. Maybe I am not the best fifa player (gold 1 mostly and division 2) and there is a secret way to make him work, but I really hate him. Can't wait for an SBC that requires an icon! If you are still on the verge on deciding your swap icon, think again!

The only decent thing about him is his physical presence, that sometimes works to his benefit in defensive play, but there again I found him often way out of position, despite high defensive workrates. Gold Sissoko is so much better as a defensive anchor!

I am so pissed with myself for choosing this guy. Be cautioned!

-slow to get off a pass, a shot, a dribble

-drifts out of position

-even loses headers on many occasions