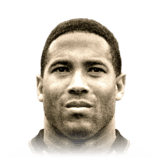 -
Sub out
Upcoming Matches
P. Chemistry
Squad chemistry
ST
83
RW
85
LW
85
CF
85
RF
85
LF
85
CAM
85
CM
83
RM
85
LM
85
CDM
75
CB
68
LB
70
LWB
74
RB
70
RWB
74
Reset
Basic
Sniper
Finisher
Deadeye
Marksman
Hawk
Artist
Architect
Powerhouse
Maestro
Engine
Sentinel
Guardian
Gladiator
Backbone
Anchor
Hunter
Catalyst
Shadow
Comments
Reviews
0
/600
Update my avatar Dos and don'ts
Top Rated
New
Controversial
Show comments
Top Reviews
Only logged in users can submit a review
A review must be written in English
At least 200 characters are required.
Compare this player to other similar players you have used(optional).
If you import your club to FUTBIN or send us an image with the player data(fill the form below) your review will be marked as verified.
Include what you liked about the player in the pros area and what you disliked about the player in the cons area.
Your review will be manually checked during the next 24 hours.
Chem Style Used
Formations
Position
Rate Player Base Stats (1-10)
Pace
5
Shooting
5
Passing
5
Dribbling
5
Defending
5
Physicality
5
Most Used In:
Submit Review

I used his loan for 3 matches in the beginning of fifa 20 but more as a supersub and I remembered how he felt quite good in those 3 matches so I decided to pick him up for last weekend league for about 500k and oh my... Now that he was on full chem he felt even better than before (I used an engine). He has a huge frame ingame but his highest stat being his dribbling makes him into an unstoppable force. I used him in a 352 as a lone cam (stay forward) and the guy can do it all. Once again don't be fooled by his thicc lookin ass in his card picture. The guy can really really dribble and put plays together with his passing. Oh and one more thing: the guy is goddamn clinical. He deserved a 5* weak foot, EA didn't give it to him but I swear to god he went out there and gave himself a 5* wf. Awesome awesome player, would hundred percent recommend in this stage of the game.

-Presence on the field during plays

-Overall defending (but tried him with a shadow and with his frame I can tell you he comes running after players and pushes them off the ball with ease.