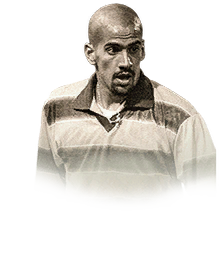 -
Sub out
Upcoming Matches
P. Chemistry
Squad chemistry
ST
86
RW
87
LW
87
CF
88
RF
88
LF
88
CAM
89
CM
90
RM
88
LM
88
CDM
87
CB
83
LB
83
LWB
85
RB
83
RWB
85
Reset
Basic
Sniper
Finisher
Deadeye
Marksman
Hawk
Artist
Architect
Powerhouse
Maestro
Engine
Sentinel
Guardian
Gladiator
Backbone
Anchor
Hunter
Catalyst
Shadow
Comments
Reviews
0
/600
Update my avatar Dos and don'ts
Top Rated
New
Controversial
Show comments
Top Reviews
Only logged in users can submit a review
A review must be written in English
At least 200 characters are required.
Compare this player to other similar players you have used(optional).
If you import your club to FUTBIN or send us an image with the player data(fill the form below) your review will be marked as verified.
Include what you liked about the player in the pros area and what you disliked about the player in the cons area.
Your review will be manually checked during the next 24 hours.
Chem Style Used
Formations
Position
Rate Player Base Stats (1-10)
Pace
5
Shooting
5
Passing
5
Dribbling
5
Defending
5
Physicality
5
Most Used In:
Submit Review

This guy is insane. I used him at left CDM alongside mid Essien, and Veron really stood out. Although Essien defended like a beast, Veron was not only outstanding on defense, but also really useful when attacking. It felt as if Veron was the teacher, and Essien the student that followed him, helping him out with whatever he needed help with.

After getting birthday Pogba from a 25k pack, I decided to buy a team with players who I had a special connection with. Not everyone on my team necessarily fits the META, but I have a connection with all of them.

Being from Argentina, and a Boca Juniors fan, I had to try Juan Sebastian Veron, and thank god I did. This man is the best CDM I've used this Fifa. I used Kante, Doucoure If and Sif, futmas Sissoko, and mid Koeman. Some of these are considered META, but veron is by far the best.

This guy's got everything. He's great at defending, but he's also really good at building up the attack. That's something most CDM's lack. Don't get me wrong, Kante and Sissoko were great, but they both lacked a little bit when it came to attacking.

This guy is the closest cm tio Gullit.

I have used him for the last 4 weekend leagues and I can say he's phenomenal. He's a real presence in the pitch (he's 186).

With a shadow, pace isn't really an issue.

His passing is perfect, won't miss a single pass

His dribbling would be perfect if it wasn't for agility/balance. He's not clunky but isn't really agile as well

His defending is very good too, boosted with a shadow

His physicality is outstanding, unlike his 88 version he can jump, and doesn't lose any ohysical contest.

His stamina is great too, last the whole game.

He's the best Value for Money for an icon I've ever had, but you also have to consider he's 850k. If you have the coins, I would say he's worth it.