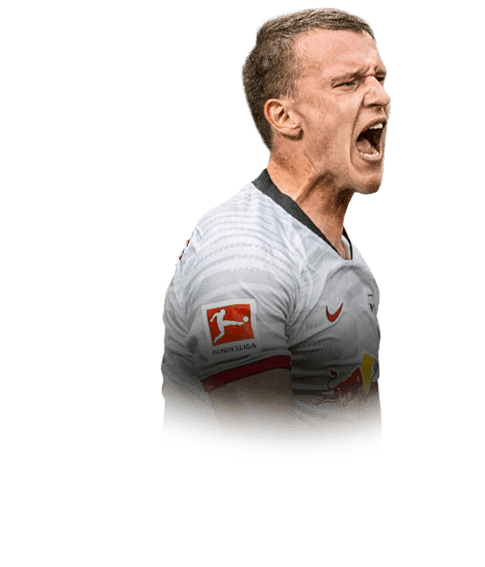 0
Red
Upcoming Matches
P. Chemistry
Squad chemistry
ST
72
RW
73
LW
73
CF
72
RF
72
LF
72
CAM
71
CM
72
RM
75
LM
75
CDM
78
CB
80
LB
81
LWB
80
RB
81
RWB
80
Reset
Basic
Sniper
Finisher
Deadeye
Marksman
Hawk
Artist
Architect
Powerhouse
Maestro
Engine
Sentinel
Guardian
Gladiator
Backbone
Anchor
Hunter
Catalyst
Shadow
Comments
Reviews
0
/600
Update my avatar Dos and don'ts
Top Rated
New
Controversial
Show comments
Top Reviews
Only logged in users can submit a review
A review must be written in English
At least 200 characters are required.
Compare this player to other similar players you have used(optional).
If you import your club to FUTBIN or send us an image with the player data(fill the form below) your review will be marked as verified.
Include what you liked about the player in the pros area and what you disliked about the player in the cons area.
Your review will be manually checked during the next 24 hours.
Chem Style Used
Formations
Position
Rate Player Base Stats (1-10)
Pace
5
Shooting
5
Passing
5
Dribbling
5
Defending
5
Physicality
5
Most Used In:
Submit Review

Klostermann, a 20K CB with 88 PACE! Unbelievable. It is weird, changing a fullback to a central defender makes them so much more appealing. His card doesn't look the best in terms of defensive stats, of course, because he was a fullback. However, the main appeal to this card his is 88 pace. I just have to say, the 88 pace is unbelievable and is a great help against fast attackers with lower strength or aggression stats if put with the right chemstyle.

I believe that an anchor was the most fitting for me, because I already had Upamecano on the other side who felt a bit slower on the run up, I wanted Klostermann to be a rapid and a bit faster, therefor, leading to the anchor, if you already have a pacey or agile partner, it is good to go with a sentinel for the strength boost, but I think the difference isn't the biggest and can be overlooked.

His defending is average and has no special qualities, he doesn't do anything special but run and catch up with the paciest, he had no trouble catching up to the likes of Mbappe or defending Neymar fine, which shows how broken this game is if a 82 CB can do that, well, we abuse that pace on this card, making it a special case.

He can link well into many player, RB Leipzig having many special cards, some to mention being POTM Werner, Scream Sabitzer, Moments Upamecano, Future Stars Olmo, etc. He goes well with other Bundesliga CB's with more aggression or strength, which most of them are.

His on the ball performance isn't perfect, he can however, take the ball and start blasting up the field, being great for people who use drop-back overload, an AIDS tactic, but extremely effective with pacey players, which KLOSTERMANN the flash fits into. He can pass reliably well, dribbling or touches are a bit meh, but you don't expect that from a sweaty player, you guys are looking more maximum OP, which this guy is.

- Pace, he is literally to fast to lose to people in a defensive situation, maybe not a 1 on 1 sprint, but he can catch up to people on the ball on long distances

- Counter Attack Potential is great, can run up the field quickly

- Defending is fairly decent, can hold is own

- 3 STAR WEAK FOOT, could be worse

- Work Rate, he can sometimes run up to far, or stay in the middle for too long, causing gaps, but, of course, he just catches up