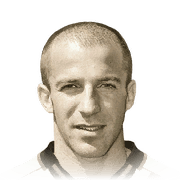 First of all: This is my first review.I play FUT since the start on PC.

Why i wrote this Review? Because he has no review but this man deserves it more than any player i have used this year.

I had so much pack luck this year so i was at the point having enough money to buy my first icon ever.

I also had the most of the for me Chemistry wise working high Rated Midfielders as: de Bruyne, Pogba, Kante, Fabinho, Fekir CL Live,

Out of all this players One man stood out... higher than the Burj Khalifa... it is Del Piero Prime

Why you ask me? I can tell you:

This man is everywhere anytime. He stops the opponents attack in the middle of the Field makes 2-3 perfect passes not possible to intercept

runs perfectly into the open spaces an then Finnishes like a canonball.

Out of all the players i have used he is the most reliable player ever in FUT for me.

In some games most of the player i have used are not as good as in other games, bad finishes, bad passes, bad positioning and runs.

But this man is more consistent than the regularity of Bullsh** that the guy in the White House twitters (which is nearly impossible).

In every game there is one player i can count on: Del Piero.

Lets look at him in Categorys:

PACE: He ist fast not Mbappe fast but hes a CAM/CM/ so its abslutely enough. He outruns normal CB like van Dijk or Koulibaly.

Faster Ones like Varane or Kimpembe ca keep up. But because of his dribling you can keep them behind easily as well.

DRIBBLING: Absolutely fantastic! His Ball control is superb, turns and skill moves are so easy and direct. Even is Balance isnt an issue

for me. Even for me using skill moves not so often outplaying a Player was never easier.

SHOOTING: Phenomenal, a level over anyone else. He is abolutely Clinical inside and outside the box.

Even after the Timed finnish Patch i feel no difference (He is the only one i can tell you that about).

He saved me so often from crazy spots no one expected me to shoot from and he bangs them in. No chance for the Goalkeeper.

DEFFENDING: He is clearly an offensive player, but what he delivers even for my deffensive play is crazy. He is the first Line of the Defense.

Even on stay forward he intercepts and gets back the Ball so many times again before the opponent has the chance to start his attack.

He is perfectly positioned and even in 1 on 1s he is nearly as good as a Gattuso Baby for me.

PASSING: On level with his Shooting is his passing, oh man are they precise. Long passes into the run of Mbappe over 50 meters just perfectly into his feet

high enough not to get catched by the defender and not to strong to be uncatchable for the winger. Short passing is powered perfectly

so you dont loose balls there.

The Rule is: when you know where a player stands then you can pass to him with Prime Del Piero..absolutely crazy...

PHYSICALITY: He is small and weak... But is he bad because of that ? NO because all his other stats especially his dribbling is so over the top.

you can win any 1 on 1 with intelligent play. Dont try to go head first throgh a wall you will only get a headdache.

Use his passing, dribbling, positioning and shooting to find another way around the wall and give the headdache to you opponent.

Stamina wise there isn`t a problem for me, even running most of the time he lasts me 90 minutes.

All in all he is an absoulte Monster, better then any Player i have ever played in this game since the release on FUT on PC.

Even beeing very critical and selling many ICONS with a lost of coins because they have not impressed me this del Piero is worth every penny!

Shooting #more clinical then any other player

Don't have much to say. He's useless. Absolutely useless. Everyone has Gullit, Van Dick, David Luiz (Flashback), Telles, etc etc. He's useless. I've got the TOTS Renato Augusto and he's 10 times the player Del Pierro is. In every shape and form.