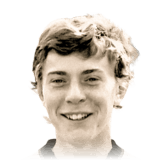 Emilio Butragueño Santos took on the role of delivering the goals in my squad this past Weekend League.  As previously stated in the Neymar review I committed to the 4-2-3-1 formation throughout this past weekend, and Butragueño rarely left the ST position.  “The Vulture” was a constant presence in the attacking third and I really noticed his movement off of the ball. Having just reviewed Dalglish last weekend it was an excellent opportunity to compare the two talismans and what they can bring to any squad.  Butragueño was the baby faced assassin in the following squad this weekend: 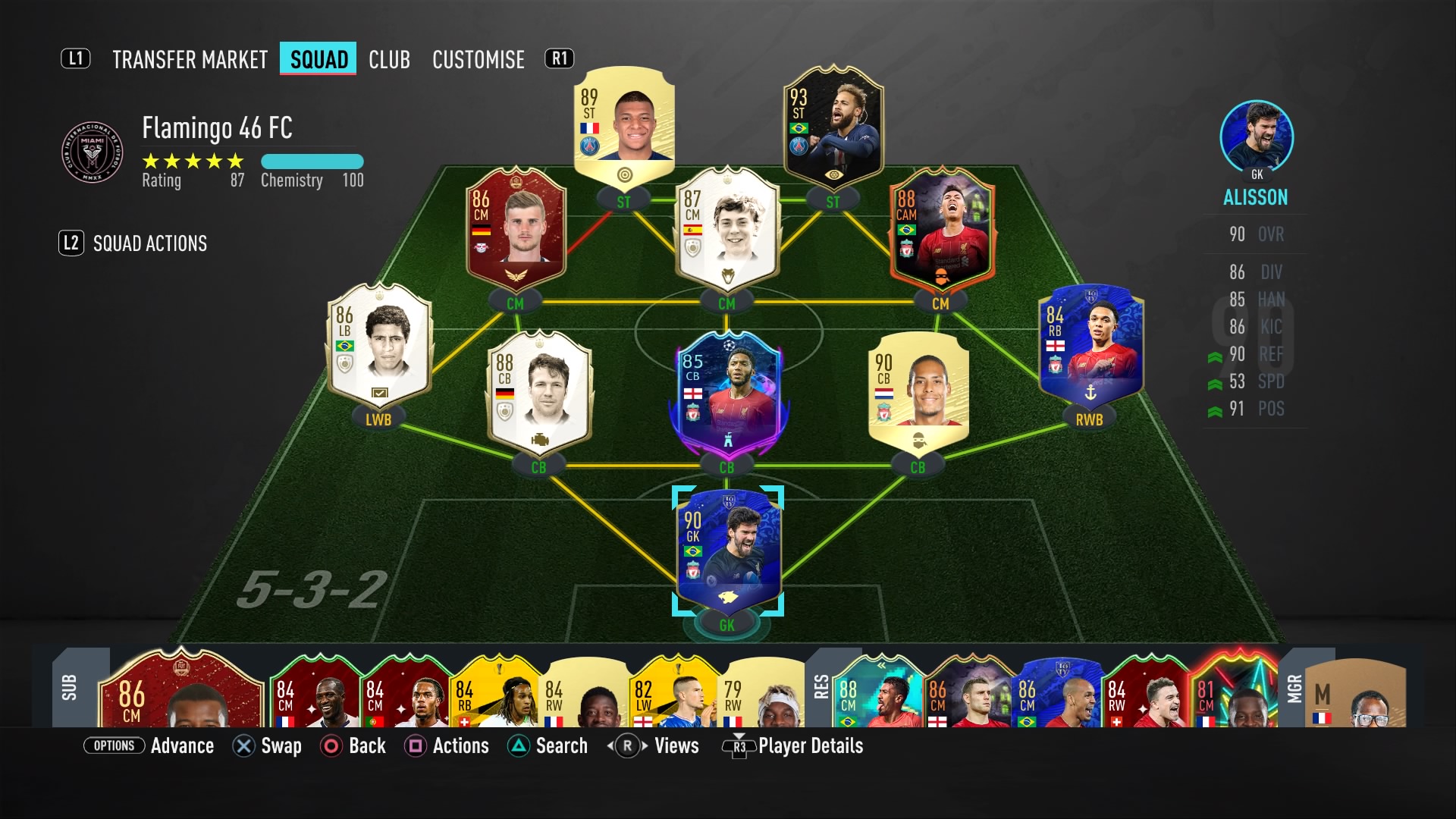 In the end, there was nothing to split Dalgish and Butragueño and therefore they get the same rating but get there in slightly different ways.  Truthfully, after the 20 games, I was not sold on Butragueño overall and had a completely different review prepared, but the final 10 Weekend League games completely changed my tune.  I am not sure if it was me just getting the hang of how to properly use this card? In any case, Butragueño added an additional 15 goals in 10 games to end the Weekend League and was a key performer match after match.  The key here is the finishing on this card; MARKSMAN seems to be a popular option with this card; HUNTER was my choice though.  95 POSITIONING, 96 FINISHING, 94 SHOT POWER, and a very powerful 5 STAR WEAK FOOT … all equal to a very clinical option in front of goal.

I won’t spend a great deal of time on the links, obviously Butragueño links to anyone, there are just not a lot of Spanish players in the Meta at the moment.  Jumping straight into the current game strength Butragueño was built for this FIFA.  99 ACCELERATION & 99 SPRINT SPEED made Butragueño one of the quickest forwards I have used in the game.  Mixed with 88 AGILITY & 87 BALANCE, Butragueño can twist and turn out of any situation he is faced with.  The acceleration out of these dribbles is what truly sets him apart from other options I have used, including Dalglish.

Honestly, I feel like Butragueño is one of the most fairly priced higher-end cards I have used this FIFA.  To me, this is a million coin card, which presently sells for around 800k.  There are currently only two cards with similar statistics and a 5 STAR WEAK FOOT that sell below the price of Butragueño (TOTT Son and NIF Neymar), every other option is well into the million plus coins and demonstrates how good of value Butragueño truly is.

But everything was not sunshine and rainbows this weekend and Butragueño does have some flaws that caught the eye. First off, I can understand why some FUT Managers might even opt for the DEADEYE chemistry style to try and boost some of Butragueño’s rather poor passing statistics.  The 80 SHORT PASSING was enough to provide quality link-up play in and around the box and hence the nice assist return.  But outside of the 5-yard pass, this card was shockingly inaccurate. Furthermore, it is no surprise given the size (5’6: 168cm) and 61 STRENGTH that Butragueño is easily bullied off of the ball and can be increasingly frustrating against quicker defenders.  Finally, the 3 STAR SKILLS leaves a lot to be desired and can be a deal-breaker for some FUT Managers.

The more I think about the comparison to Dalglish I think I may have just sold Dalglish short overall.  While Butragueño is a dead-on 9.5/10 I do think Dalglish may just eclipse him at a 9.6/10.  At a million coin difference, it should be expected that Dalglish outperformed Butragueño, but it truly was at a minuscule margin.   In any case, you are getting a fantastic finisher in Butragueño, he finds ways to put the ball into the back of the net and that is what you are paying for here.  The quality and variety of goals that he produced this past weekend were key to the squad’s success and I have no doubt he would do the same for you.  Cheers for reading. 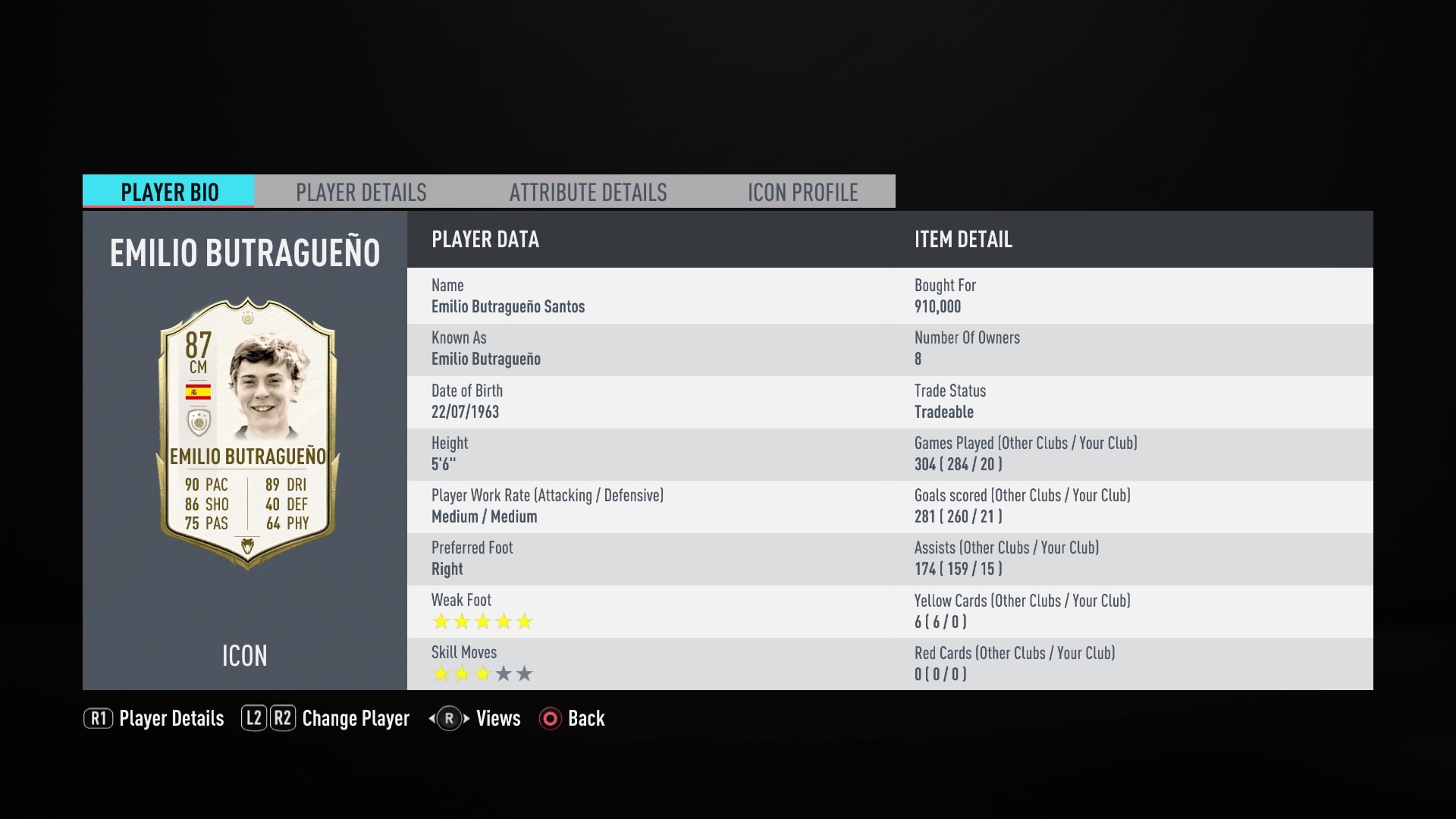 I did the icon swaps and initially aimed for Drogba. But after some investigation I found that most people found Drogba too sluggish and "everyone" praised Butra.

So I decided to go for the little guy instead. I haven't regretted it - he is so agile and fast. I also have Messi in my squad and Butra with his five star weak foot he feels even better (or it could be that I am too used to Messi).

Anyways, Butra and Messi slices through the most defences, especially in the lower divison where they try to attack the ball instead of screening.

He is of course weaker than Griezmann (who runs CAM behind him in my squad) but go for Butra - you want regret it.

I've done 4 games in weekend league (3 wins so far) and Butra has scored in every game.

Ait, so a quick review for those considering his fut swaps, You are probably considering Hagi, owen, sanchez or any other lower card. I can tell you, I was considering Hagi or Sanchez too. I chose to be safe, and I found out theres a reason why hes 1.1 mil. This guy is crazy. I partnered him with scream Zlatan to try to make up for the physical deficeit of the card. These 2 are literally born together. Butragueño plays as a LS in a 41212 with Reus behind him. I put a hunter on butragueño, as his pace and agility is his main trait. In the games 23 games he played, he has 38 goals for me and 10 a**ists. IMPORTANT, with value for money, I say he is well worth 19, in terms of paying 1.1 million coins, I would say it is quite steep considering Mbappe is also that price, and there are a few Icons which are only a few 200 k more that I would say are better such as Dalglish. Notable to mention as well, when he does head the ball, he heads it very well so that is not too bad either.

I can’t lie, paying out 1 million coins on an 87 rated striker was something I wasn’t the happiest about but I knew there had to be a reason for him to hold that price point for this long (and is on the rise now). My god – is he worth the money. The 5* weak foot along with the unstoppable finishing, this card is one of the best baby cards on the game.

I used Emilio in a 4-2-3-1 in the ST position, using just get in behind. His attacking positioning was incredible whether it was a 30 yard through ball, a low-driven cross across the box from Salah or possession build-up, he was always in the right position at the right time. The short burst sprinting sold the opposition every time – he feels like he’s gone from 0 to 100 in a matter of simply pressing the R2 button instantly. Alongside the rapid pace, his agility and balance is phenomenal. I was expecting him to feel smooth but not THIS smooth. The small little turns inside the box sold the defenders every time.

The only negative I can feel with this card is the strength but you have to expect that with a guy of 5’6 and a base stat of 61. However, if you use him how I did, he’s unstoppable. He’s not the Ibra type player where you can play it into his feet to hold up, he’s pure pace with high agility and unstoppable finishing.

To conclude – I won’t be selling him any time soon!

Low strength, easily pushed off in a shoulder-to-shoulder

Long passing is suspect at times

The low aggression can be seen at times