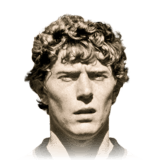 -
Sub out
Upcoming Matches
P. Chemistry
Squad chemistry
ST
90
RW
90
LW
90
CF
91
RF
91
LF
91
CAM
89
CM
81
RM
88
LM
88
CDM
62
CB
55
LB
64
LWB
67
RB
64
RWB
67
Reset
Basic
Sniper
Finisher
Deadeye
Marksman
Hawk
Artist
Architect
Powerhouse
Maestro
Engine
Sentinel
Guardian
Gladiator
Backbone
Anchor
Hunter
Catalyst
Shadow
Comments
Reviews
0
/600
Update my avatar Dos and don'ts
Top Rated
New
Controversial
Show comments
Top Reviews
Only logged in users can submit a review
A review must be written in English
At least 200 characters are required.
Compare this player to other similar players you have used(optional).
If you import your club to FUTBIN or send us an image with the player data(fill the form below) your review will be marked as verified.
Include what you liked about the player in the pros area and what you disliked about the player in the cons area.
Your review will be manually checked during the next 24 hours.
Chem Style Used
Formations
Position
Rate Player Base Stats (1-10)
Pace
5
Shooting
5
Passing
5
Dribbling
5
Defending
5
Physicality
5
Most Used In:
Submit Review

5.0
The God of Goals
23 users liked this review

Butragueno, the god of goals! I was lucky enough to get him in my prime icon pack from swaps and was so happy. The 5* weak foot is a gamer changer on any card for me so to get him was perfect. He's the spanish sniper, so accurate he could snipe singular coronavirus off your hands! Honestly though he really doesn't miss. The 5* weak foot is a game changer and makes it so much easier to score goals as defenders have no idea what you're are going to do. After seeing how his is preforming i would happily spend the 1.7 million he is currently going for. The 94 pace is a game changer as he feels so quick in game. I much prefer him to other strikers i have used this game such as FFS Greenwood, Shapeshifter richarlison, RTTF son and scream aguero. I'm going to put the value for money at 5 eventhough i didnt have to buy him, like i said earlier i would happily pay 1.7million for him.

Soo Butragueno where do i start? i was lucky enough to pack him in untradable rewards! He fit perfectly in my team since my new RB Ramos and David Villa needed links, i was allready looking for an attacking icon so Butragueno fit nicely.

I have never used a player like him before he really was something for himself, The squad i included is how i played after minute 1. I first tried him in the weekend league and it was a slow start with him cause i wasn't used to the 3 star skills. I knew i just had to get used to him to get him going and boy was i right! After a couple more games he started banging in goals left right and center although he hits the post for me quite often. He started scoring 2-3 goal every match and saved my WL.

So his weakfoot, 5 stars its absolutely amazing, of all the players i have tried Butra definately got the best 5 star weakfoot of the ones i have tried. There is NO difference between his right and left foot.

3 Star skills. I never really use 3 star skill players and prior to packing Butra i was using Shapeshifter Mahrez so it was very different with the 3 star skills. I think his skills arent the best but his dribbling stats really make up for it, he has great turns and using ballroll, Dragback and fakeshots he easily passes defenders. One thing tho is that he is really weak and you will notice that at first but you will get used to not running him into players. (Marksman is a must for him)

All in all i think Butragueno is a great card that is really fun to use but i think his price right now is a little bit to much for him (1.7 mill) When you can get the likes of Messi for 650k.

So, just a few days ago, when the second icon swaps was released, I naturally started the grind with the prime icon pack in mind, since I had chosen Maldini in the first round. When I'm opening the pack, the Spanish flag appeared and gladly I saw this guy pop up instead of a puyol or hierro. Looking at the card stats, the only flaw I was able to find was that 3 star skill moves. I tried two chemistry styles on him, Maestro and Hawk. My personal experience has made me realise that Hawk is just perfect for this card, since that boost in pace allows El Buitre to just speed past the opposition. He is one of the best finishers in the game, I guarantee that he will not miss obvious chances and he will put the ball in the back of the net from really hard angles. His 79 curve is not a problem, because his finesse trait makes his finesse shots just top notch. Just to finish, being very small, makes this card a top dribbler, as he can turn as fast as Messi and then just leave the defenders behind.

He will miss some of those long passes, but for a ST, you don't really feel this in your game