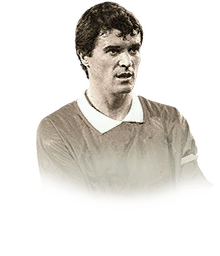 I never thought that I would be able to play with such an OP card at CDM. He is just phenomenal when it comes to his position.

His pace is good enough to catch up any player in the midfield especially combined with his aggression he becomes so aggressive that I am just speechless.

95 Composure is absolutely brilliant. Whatever he does he he executes it perfectly.

His passing is outrageous as well. 94 short and 93 just makes him perfect for any type of through balls and lobbed through balls.

The defending - he is just the best CDM I have tried out in this game. There is no comparison to TOTY Kante, 87 Allan, TOTY De Jong. He is just able to take the ball off any player in the game. Again with combination with his aggression you don't even have to press anything as he just runs to a player and takes the ball off.

Physicality - Probably the best physical stats on any player. Key is again his aggression.