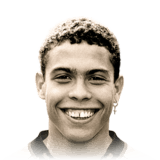 -
Sub out
Upcoming Matches
P. Chemistry
Squad chemistry
ST
89
RW
88
LW
88
CF
89
RF
89
LF
89
CAM
87
CM
78
RM
86
LM
86
CDM
62
CB
55
LB
63
LWB
66
RB
63
RWB
66
Reset
Basic
Sniper
Finisher
Deadeye
Marksman
Hawk
Artist
Architect
Powerhouse
Maestro
Engine
Sentinel
Guardian
Gladiator
Backbone
Anchor
Hunter
Catalyst
Shadow
Comments
Reviews
0
/600
Update my avatar Dos and don'ts
Top Rated
New
Controversial
Show comments
Top Reviews
Only logged in users can submit a review
A review must be written in English
At least 200 characters are required.
Compare this player to other similar players you have used(optional).
If you import your club to FUTBIN or send us an image with the player data(fill the form below) your review will be marked as verified.
Include what you liked about the player in the pros area and what you disliked about the player in the cons area.
Your review will be manually checked during the next 24 hours.
Chem Style Used
Formations
Position
Rate Player Base Stats (1-10)
Pace
5
Shooting
5
Passing
5
Dribbling
5
Defending
5
Physicality
5
Most Used In:
Submit Review

Hey everyone, ltzBenja here. I'm not here to wright a cheesy review about how good Ronaldo has been for me.

Just kidding, I'm here to tell everyone that this is the SINGLE BEST PLAYER THAT HAS EVER SET FOOT ON MY PITCH.

Holy sh*t this guy is the definition of a striker. I used him quite a while but got some major pack luck so I sold him in the hope of finding an even better striker. I have truly tried a lot of players including 95 Pele, 97 Maradona, Shapeshifter Ben Yedder and so on but none of these prevented me from buying back this absolute monster.

Have you ever had those people at your door trying to convince you about God? Well that's me now with R9 being God.

I don't know what it is about him but he does everything for me. EVERYTHING.

I will go over all of his attributes and tell you why you should buy this man right now. Like seriously get off of Futbin and buy him. Right now. Go on I'll wait.

Even Usain Bolt would look like a fat bitch trying to run if you compare him to this guy. He truly breaks away from almost every meta defender (looking at you, sweaty Zakaria/Boateng duo users.)

One fake shot pace boost and he's off, like really the man is GONE. He truly feels amazingly fast for someone his height.

Now THIS is where the money is at. This man scores. I could just leave it at that but that would do my boy R9 no justice. My god when you shoot with my boy Ronnie does that ball go in.

It doesn't matter how you shoot: Finesse, Power shot, Low driven, Weak foot, no-look-back-turned-towards-goal-instant-180-turn-b*llshit-shot or even sweaty tap-in's. He does it all at your command.

I don't even know how much of a beta you have to be to even think of passing with this man, but when you do find the time to do so I can assure you his 1-2's will be just fine. Don't try any of that cheeky long passing though because the ball will probably end up on the parking lot. Again though, in my opinion R9 is way too alpha for you to ever think about passing with him. Let him do his thing.

This man must take some nasty salsa lessons when he's not playing football because he just dances with defenders. His stats and height suggest some clunky donkey that trips over his own feet but boy are you guys deceived. The second you start R1 dribbling with this guy is the second your opponent opens up Amazon to order a new controller. He is so slippery it's unreal. I guess it's his unique "base R9" body-typing that comes into play here but don't quote me on that one. What I do know that his dribbling is just wow. Skill moves are also a breeze, don't be afraid to to a cheeky heel-to-heel to absolutely embarass your opponent's defenders.

Okay now I must admit, after your sweaty 90 minute weekend-league fiasco your boy is begging to be subbed off. For the first 70-80 minutes he is gonna destroy your opponent but if it drags on longer than that (which by the way would be impossible because by the 80 minute mark you're probably up 5-0 anyway) you're probably going to have to sub him off.

Well that's it, if at this point you're not convinced yet then I don't know what else to tell you. Trust me on this one, you want Ronaldo Luís Nazário de Lima to be your striker. He is totally worth his price and I would recommend him without a doubt. For all of you that are convinced I will leave small manual on how to use him below!

Step 1: Make sure he gets the ball.

Step 2: Run towards the box.

Step 3: Insert skill move, any will work because it's R9.

Step 6: Let your opponent relive the amazing goal you just made by skipping not even a second of the replay.

Step 7: Show your opponent how our beautiful man makes his way back to the middle-line while waving at his fans.

i pi packed ronaldo in a base icon pack, i used him in rivals and fut champs and so far hes been the best player ive used, even though he has 94 pace i think his best stat has been shooting, he can score finesse shots inside the box with both feet and near post shots are also very op with him. Although his shooting is very good ive noticed that shooting with him form outside the box doesnt work as he ends up putting too much power onto the shot. His stamina is ok but he ends up being very tired around the 80th minute. i would try to do too many skills with him as his balance isnt the highest but i feel like my opponents do struggle with tackling him when he does a fake shot as he just runs past them and is through on goal against the keeper.

I was very skeptical at first given his low balance and reasonable average agility for a striker. I couldn't decide which chem style to use as I didn't know how it would really affect him ingame. Eventually opted for a Sniper (correct decision trust me) to boost his agility to 98 and give a respectable boost to his balance and composure. This worked wonders - he feels unbelievably agile ingame and his balance isnt an issue at all. Whilst sniper doesnt boost his shot power, his 89 shot power truly feels like 99 when playing with him. He is one of those cards that plays above and beyond his ingame and face card stats, too a point where i wont be removing him from my team unless i can get his 94 / 96. I thought the balance would be a big issue but he has the unique ability to 'phase' through challenges that some of the elite level players have... even if you're not the best dribbler or cock up a run he tends to stumble through the defenders most of the time.

Ronaldo is currently averaging 2.1 goals p/g for me in Division 3 (I'm not the best player this year). If you're skeptical about trying him... DONT BE.

77 stamina (not an issue if you put him on conservative interceptions, stay forward)